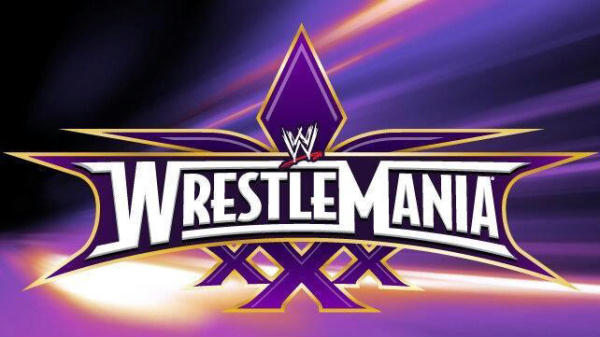 Earlier this year I posted my predictions for not only the card but the results for Wrestlemania 29, some four months prior to the show. I don’t know if I deserve any credit for correctly predicting the top three matches and their results, they just seemed too obvious to take any pleasure in correctly predicting them. Either way I hit the nail on the head with these matches, as wells as getting pretty close to the general lay-out of the card. So on the back of this I have decided to up the ante a little, I am going to attempt to predict the card (no results this time) for Wrestlemania 30.

As I write this it is April 12th 2013, just five days removed from Wrestlemania 29. However I feel sure that the powers that be in WWE are starting to piece together the top matches they would like to see at next year’s supershow. The past few Wrestlemanias have seen matches pencilled-in a year in advance – Rock vs. Cena I & II, Triple H vs. The Undertaker II & Shawn Michaels vs. The Undertaker II – and I feel sure that next year will be no different. So, let’s get down to business –

WWE Championship
Brock Lesnar (c) vs. The Rock
This match is going to happen, it’s just a matter of when rather than if. I had heard a rumour that the plan was for the two part-timers to cross paths at this year’s Summerslam. Plus both Rock and Lesnar are scheduled for Extreme Rules, where they could run an angle to set-up a future match. However, based on recent events I don’t see them aiming for a Summerslam match. Not only has The Rock sustained what sounds like a pretty serious abdominal injury, he’s also in the dog house with the WWE fans, and possibly the WWE in general. Rumour has it that he didn’t inform anyone that he was leaving the New York area to receive treatment for his injury, despite being scheduled for Raw that night. News of this rumour prompted the fans at Raw this past week to dismiss Booker T’s explanation for his absence as “bullshit”. He was injured, there’s no doubt about that, but if he managed to finish his match at ‘Mania then surely a promo on Raw wouldn’t have harmed him? Or if he really needed to get treatment he could have at least pre-recorded a promo? I’m sure Rock will be able to charm his way out of the situation, but before he has the chance he may be met with a hostile crowd reaction for his perceived desertion. Therefore Rock may need to be reintroduced against someone other than the monster that is Brock Lesnar. Lesnar got some good heat against Triple H because he was facing the well-respected Game, however older fans would be more than willing to cheer for Lesnar against The Rock, who (even before this Monday) is just starting to show signs of wearing out his welcome. Also, Rock has to recover from his injury and film movies, which doesn’t leave him much time to adequately build to a blockbuster Summerslam match with a fellow part-timer. My thinking is that WWE won’t rush this feud and will instead wait for ‘Mania. How it will go over at next year’s ‘Showcase of the Immortals’ is anyone’s guess though.

John Cena vs. The Undertaker
By next year I would imagine that WWE will find themselves in a similar position to this year i.e. with no top names on the full time roster other than CM Punk and John Cena to place into the main event bracket. With the extension of Lesnar’s contract, a continued relationship with The Rock, Undertaker continuing his streak and Triple H not retiring (like anyone believed that) then I feel confident that WWE will once again not go to the hassle of building up any new stars this year because they have these part-timers to bank on for WM30. It is for this reason that I am booking The Undertaker to face Cena. The big names face the big names these days and by virtue of the fact that Cena has faced every other big name mentioned several times I have to assume next year will be his shot at immortality against The Undertaker. Until I saw Taker in action last Sunday I felt sure that WM30 would be his last, but I’ve changed my mind. The old guy looked in good shape, I think he’s got a couple of ‘Manias left in him yet. That’s why I figure he beats Cena. If the Streak ever ends it will mark the end of The Undertaker, and there’s no way such an honour will every bestowed upon John Cena.

CM Punk vs. Daniel Bryan
Punk is a candidate to face Taker, however I think Cena will fill that spot. That leaves Punk to do battle with someone else, and I feel Daniel Bryan will step up this year. Their feud last year was outstanding, but not too long. It ended at the right time to allow for a rerun down the line. This would also be my pick for match of the night and if Rock/Lesnar isn’t for the WWE Title then this will be.

World Heavyweight Championship
Randy Orton (c) vs. Dolph Ziggler
I can see a babyface Ziggler trying to wrestle the World Heavyweight Championship from a heel randy Orton. Fans are desperate to cheer for Ziggler while Orton is desperate to be a heel. I can see this being Ziggler’s audition for a spot in the WWE Title scene the following year, because we know that’s the true main event level.

Triple H vs. Dean Ambrose
Whether The Shield are still together at this point or not doesn’t matter, Dean Ambrose is the stand-out in the group. That’s not a knock on Rollins and Reigns either, they are excellent, Ambrose just has “it”. I can see Ambrose being the kind of heel that antagonises the powers that be i.e. Vince and Triple H. Also, as the man in power I think Triple H will see the long term benefit of removing himself from a main event level match and helping put a younger star over.

So that’s my predictions for the main matches. Obviously there will be other bouts, but these are the major attractions that I think will sell the show. With the likes of Sheamus, Ryback, Del Rio, Rollins and Reigns on the bench I see WM30 following in the footsteps of this year’s effort by not featuring low-card acts and just featuring WWE’s genuine players. I guess only time will tell how close I was this time…