Magnus winning the title heralds a new dawn for TNA 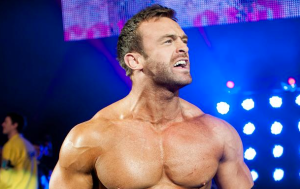 Much of the discussion on TNA this week has centered on Jeff Jarrett leaving the company but for me the biggest, and best, piece of news has been that Magnus is the new TNA Champion.

Now, I appreciate that this happened a few weeks ago but we hate spoilers as much as the next blog written by wrestling fans so it’s this week that I’m going to discuss his title win.

A lot has been written about TNA’s last twelve months. It is fair to say on the outside it’s looked like there has been more ups than downs. A long list of very able and talented workers have left the company leaving just a rump of a promotion left. It’s looked very much like a downsizing that at one point showed no hint of stopping.

One thing is for sure; TNA needed to make some big changes to the roster and the way the company as a whole operated. I’ll hold my hand up, I’ll never be in the running to be TNA’s biggest fan. I dip in and out of watching their shows and generally like what I see until they invariably do something stupid and I switch off.

January will give me a chance to see the promotion in the flesh as they visit Glasgow, Scotland to record Impact and I’m actually very excited about seeing this. TNA are renowned for putting on a better house show than the WWE – it tends to be house shows that the American promotions put on in Scotland and the rest of the UK – so a live Impact and a tapping is big news.

So while the exodus of wrestlers has undoubtedly left the roster threadbare it hasn’t completely left the promotion bereft of talent. What has happened by and large is that the old guard has gone and that leaves superstars such as Austin Aries, Chris Sabin, Zema Ion, Bobby Roode, James Storm and the aforementioned Magnus the chance to step out from under the shadows.

There’s still some shavings that can be made to the roster but by and large it’s starting to resemble a group of workers than can build the foundations of something pretty good. Ever the optimist I hope that 2014 is the year that TNA really comes good. The wrestling world needs a strong number 2 promotion. Fingers crossed.

What Wrestling Taught Us This Week… 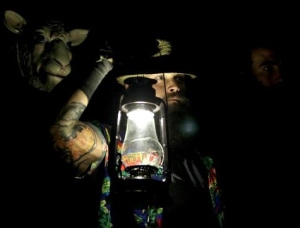 Hold on, there’s no flame in that lantern…HE’S A PHONY!!!
(Image courtesy of http://www.wwe.com)

Next Week on The Blog

Craig remembers the brief run of Smoky Mountain Wrestling, the team look at the best moments of 2013, Brian looks at Teddy Hart and more.

All previous ‘This Week in Wrestling’ columns can be read here.