When we hear the name World Class Championship Wrestling…many of us think back to its heyday in the early 80’s. The days where such talents as the Von Erich brothers, The Freebirds, Gino Hernandez & Chris Adams, Skandor Akbar with Devastation Incorporated, Gary Hart and Bruiser Brody all competed night after night. We think of the now infamous Dallas Sportatorium where many classic matches took place.

There are many legendary and tragic moments thought about when talking about the World Class promotion based in Texas. There is, however, one date not remembered as fondly and that date was August 4th, 1989. Why is that date so important? It was the night World Class Championship Wrestling ( WCCW ) unofficially but symbolically died.

Backstory: During the late 1980’s, Jim Crockett ( WCW ) and Vince McMahon ( WWE ) had a stranglehold on the national wrestling market. So much so, that the old territories were rapidly dying off. Two of those territories were Jerry Jarrett’s Continental Wrestling Association ( CWA ) based in Memphis, Tennessee and Fritz Von Erich’s WCCW based in Texas.

Sometime after the Super Clash III pay per view debacle where a group of promoters put together a makeshift show…Jarrett and Von Erich decided to go into business together and form a national promotion to rival both WCW and the WWE. The new Super group was known as the United States Wrestling Association. ( USWA )

It seemed great in theory, but quickly turned into a match made in hell. The initial concept was to book shows in both Tennessee and Texas with hopes of perhaps expanding further across the country. In fighting, difference in booking styles, old school mentalities and the fact that the Texas portion of the promotion was booked as heels…didn’t go over too well with Von Erich and they soon sued Jerry Jarrett and pulled out of the agreement. 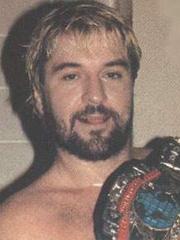 The end of their agreement culminated with a steel cage match pitting Py Chu Hi with Tojo Yamamoto representing Texas versus “The Flamboyant” Eric Embry with Percy Pringle representing Tennessee. The winner of the match gained full control over the USWA.

The match took place on August 4th, 1989…inside the Sportatorium….

The match itself took a little less than 10 minutes…10 minutes and 23 years of rich history was all gone. After the match, Eric Embry and Percy Pringle walked up to the rafters…tore down the World Class banner and threw it into the ring for fellow wrestlers like Jeff Jarrett and Matt Borne to stomp and spit on it.

World Class Championship Wrestling…essentially…died on that day. The Von Erichs tried to run shows for a few months after breaking away from the USWA, but failed to recapture their earlier magic. The WCCW as we all knew it…was gone.

In the end, the swan song match for World Class didn’t feature a Von Erich versus Jerry Lawler or even Jeff Jarrett…but two journeymen wrestlers. Even though they were both very serviceable inside the ring, WCCW inside the Sportatorium went out with a whimper

3 thoughts on “A Moment in Time: The Night World Class Championship Wrestling Died”