Professional wrestling is littered with fun stats and oddball facts. They are at times quirky, mostly useless…but fun all the same.

Greg Valentine, Roddy Piper and Ricky Steamboat are the only 3 wrestlers to appear at both the inaugural Starrcade and Wresstlemania 1. 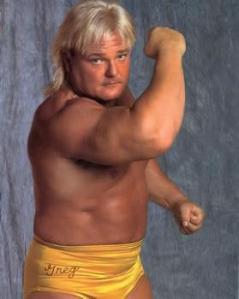 Jerry “The King” Lawler has held or co held over 108 championship titles in his career and 0 came while spending 22 years on and off with the WWE as a wrestler/commentator. 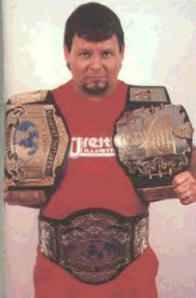 “Macho Man” Randy Savage was a 6 time World Champion for both the WWE and WCW combined and only lost his 6 titles to either Hulk Hogan or Ric Flair.

Antonio Inoki was a former WWE Champion who defeated Bob Backlund for the title, but was never recognized for the accomplishment.

…So was Thee Brian Kendrick…

Razor Ramon/Scott Hall has never competed in a Royal Rumble match…but the Fake Razor Ramon has.

Big Van Vader was the first wrestler ever to win 4 world titles on 3 separate continents….3 of them simultaneously.

Both the Fabulous Freebirds and The Nasty Boys have negative tag team title reigns in WCW. The Freebirds won the WCW tag titles on February 24th, 1991 at Wrestle War ’91….but lost the titles at a TV taping on February 18th…for a negative 6 day title reign. 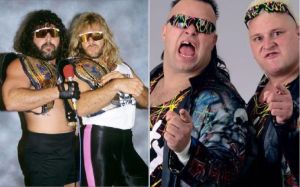 Despite what many may claim…Hulk Hogan was not the first person to body slam Andre the Giant at Wrestlemania III in 1987. There is actually quite a long list of others before him…including….Hulk Hogan!

Wrestlemania 2 which was held in three separate venues and featured the steel cage main event pitting Hulk Hogan versus King Kong Bundy took place on April 7th, 1986. Why is that date significant? It was a Monday…marking the first and perhaps last time a Wrestlemania was ever held on a day other than Sunday.

The Million Dollar Belt which was created in 1988 and was claimed to have cost a million dollars to make…actually cost $40,000 to make according to Ted Dibiase.

When “Cowboy” Bill Watts was hired by the WWE to be a part of creative…there was no room for him on the 4th floor. (Where the booking team were located) They made Watts a temporary office on the 3rd floor right next to a young, ambitious WWE magazine editor named Vince Russo. The two became friends and Watts started bringing Russo to creative meetings to learn the ropes. Vince McMahon in need of a younger approach to booking, started asking Russo for some ideas. Before long, Bill Watts was gone and Russo became head creative writer for the WWE.

Shane McMahon’s first paying job in the WWE was as a referee named Shane Stevens. 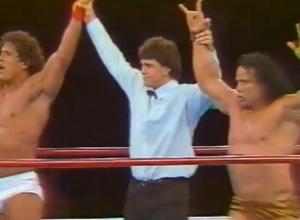 There were plans to give the “Who” character a tag team partner named “What” in the WWE. Vince McMahon was on board, but eventually nixed the idea. It was a play on the old Abbott and Costello routine…Who’s on first base? Who was portrayed by Jim Neidhart under a mask.

Jeff Hardy was the youngest wrestler to ever hold the Intercontinental title at 23 years of age. 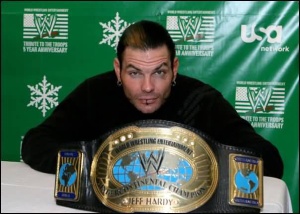 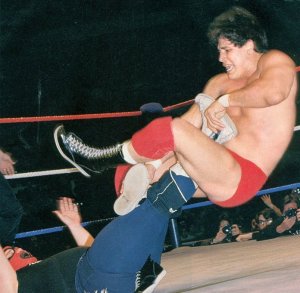 The highest rated WCW Nitro during the head to head Monday Night Wars was the 8/24/1998 episode at 5.2

*Note: There are higher rated Nitro’s and Raw’s…but those were unopposed episodes.

Speaking of the Monday Night Wars…on November 17th, 1997….Rick Rude appeared on both Raw and Nitro. Raw was a taped show and Nitro was live…he also appeared on a taped ECW TV show the weekend before the Nitro and Raw appearances.

Many fans of the Attitude Era remember Stacy Carter (Kat) going topless at the WWE’s Armageddon pay per view in December 1999. While Carter’s topless moment created a buzz and talk…it wasn’t the first completely topless nudity from the WWE during that era. The first was Jacqueline Moore at a WWE United Kingdom only pay per view called Capital Carnage in December of 1998.

Former WWE Diva Kaitlyn officially spent her entire career as a babyface….however, she did turn heel on AJ Lee at a Smackdown taping in 2011. The segment never aired on TV and Kaitlyn remained a face.

Speaking of music…anybody remember the original Smackdown theme from 1999? Did you know that Jim Johnston is the singer of this song and that it is only gibberish he is saying…no real lyrics. Here is Jim Johnston’s quote about the song from an article in the Village Voice….I did “sing” one of the early Smackdown themes.

I was hearing some early metal stuff and was always shocked how bad the vocals were, and that the lyrics were absolutely unintelligible. The theme I had written was in this style, and I couldn’t find a singer, so I did it myself. There are no lyrics, I just sang gibberish. I had fans contact me for a lyric sheet which, of course, I could not provide.

Hulk Hogan is the longest reigning WCW champion of all time at 469 days. 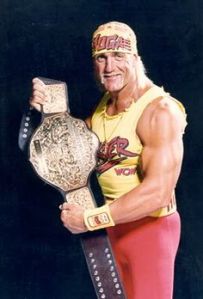