Throughout the history of pro wrestling bookers and promoters have always tried to come up with new, creative and innovative ideas to generate interest in their product. Some ideas have not only succeeded…but flourished. Others were DOA from the get go. Then there are those ideas which initially were innovative…but for various reasons….faded away. Those are the focus of this latest series of posts titled ‘Great Ideas That Didn’t Last’.

The Ministry of Darkness

In 1999, at the height of the Attitude Era in the then WWF, a new stable of wrestlers were formed. Their mission was to take complete control of the company. Led by a much more darker…almost satanic Undertaker character…the Ministry of Darkness rose to power.

The Undertaker started out by reuniting with his former manager Paul Bearer and with the assistance of the Acolytes consisting of Bradshaw and Farooq began kidnapping and then brainwashing wrestlers on the roster through satanic like rituals. 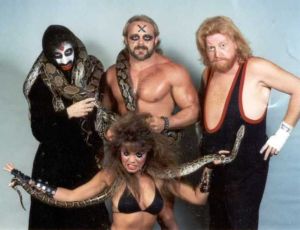 The entire angle was very reminiscent of the ‘Army of Darkness’ gimmick that Kevin Sullivan used back in the 1980’s while wrestling in the Florida territory. A gimmick where Sullivan was a satanic cult leader who used mind control to form a group of dark and evil characters.

It seemed each and every week a new minion to was added to the Ministry’s ever growing ranks. Here were the members involved with the Ministry of Darkness… 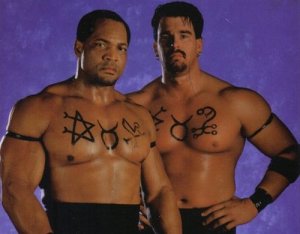 Definition: Person or persons that assist in a religious service

Definition: From the Old Testament of the Bible ….it means Strife 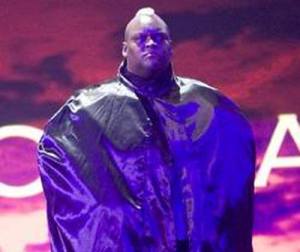 Definition: The soft internal organs located in the abdomen ie the intestines…

Paul Bearer was the manager of the group…he dropped the more cartoonish makeup and was the mouthpiece for the Ministry on many occasions. 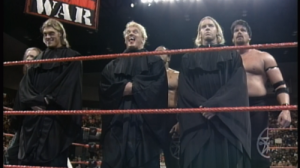 Many people forget, but the Brood trio of Gangrel, Christian and Edge were also members of the Ministry for awhile.

The Ministry of Darkness angle also helped introduce Stephanie McMahon for the first time as an on screen character. The Ministry planned on kidnapping Stephanie to get Vince McMahon to hand over control of the WWF to them.

The Ministry also attempted to “sacrifice” Stephanie and in the process….crucified Stone Cold Steve Austin.

The entire angle was edgy, dark and worked very well playing on the Undertaker’s strengths as a character. Each member of the ministry served a purpose and the gimmick really seemed to take off. That is until they decided to add a “Higher Power.”

Now don’t get me wrong, the higher power initially was very exciting. An unknown man or woman who was controlling the Undertaker and his minions from far away. A person so powerful that he could control the dead man to do his or her bidding.

The WWF started mentioning of this higher power and fans began to wonder of the identity of such an individual. We got a glimpse of the person when they arrived on Raw in a hooded robe and quickly revealed themselves to only Steve Austin. Austin’s shocked reaction…got people to believe when the higher power was finally revealed…it was going to change the landscape of the WWF.

So who was it? Who was the person who was an even more powerful individual than the Undertaker? At the time, rumors and speculation began to spread of various people the higher power could be including ‘The Jackyl’ Don Callis and Jake ‘The Snake’ Roberts.

As a matter of fact, if you believe the initial reports…it was originally planned to be the Jackyl as he was already once the manager of the Acolytes and had said in various promos…”The revolution of The Jackyl is coming.” The problem was…Don Callis was fired mid way into the storyline.

So what fans got as the ultimate let down of a cliffhanger….was Vince McMahon as the higher power. Logically, it really made no sense considering the initial purpose was for the Ministry of Darkness to overtake the World Wrestling Federation. Sure, they tried their best to explain it was all Vince’s master plan to destroy Steve Austin…but in truth…it was a big let down for many.

The once great potential of the Ministry of Darkness almost immediately lost its luster when the Ministry merged with Vince McMahon’s Corporation faction to make the ‘Corporate Ministry.’ A great idea thrown away into another redundant Vince Vs. Stone Cold angle..instead of changing things up a bit. Who knows what might have been if the storyline was able to hold its original course? Instead we saw the Corporate Ministry quickly disband and the Undertaker return as the American Bad Ass. 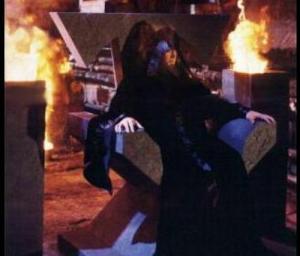 6 thoughts on “Great Ideas That Didn’t Last: The Ministry of Darkness”