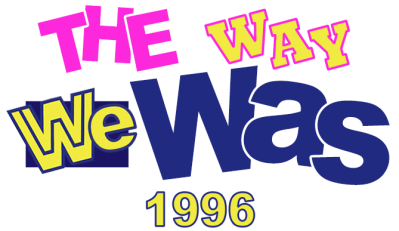 It’s been a busy week in the past. Having covered WWF’s most recent PPV in yesterday’s post – In Your House 6: Rage in a Cage – today Jamie covers events from the subsequent Raw and Nitro. he also found the time to swing by an eventful Brit Awards and went to the cinema to see Rumble in the Bronx. All this and more in week 8 of ‘The Way We Was‘ … 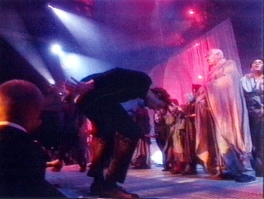 The Brit Awards were this week. The UK’s biggest music awards ceremony was dominated by the bitter rivalry between Brit-Pop bands Oasis and Blur. Oasis ran out as clear winners with three awards while Blur left empty handed. However, it was a member of another Brit-Pop band that made all the headlines. Jarvis Cocker, lead singer of Pulp, crashed Michael Jackson’s performance by appearing to moon the ‘King of Pop’. I wonder if next week’s Grammy Awards can top this? I know what does top a geek waving his bum at a popstar though; Monday Night Raw and Monday Nitro! Let’s get involved…

If you read yesterday’s post covering In Your House 6 then you will be aware that Wrestlemania XII is now starting to take shape. WWF Champion Bret Hart will defend his title against Shawn Michaels. This has actually been the case since the Royal Rumble, but we’ll ignore the apparent pointlessness of this most recent pay per view. Roddy Piper announced Yokozuna vs. Vader for ‘Mania and Diesel vs. The Undertaker now seems inevitable. Based on one of the main angles from Raw, we can now add another potential match to this list too.

Goldust vs. Razor Ramon for the Intercontinental Title is now looking likely. Goldust defended the belt against Razor at the start of Raw, but the champ took a hike with his belt and got counted out. A pissed off Razor took to the mic and pleaded with “Roddy Rowdy Piper” to book the match. Sick of Goldust’s advances and innuendos, Razor said he doesn’t want little kids “watching that kind of stuff on TV”.

Sounds like a strong line-up for Wrestlemania so far, I hope none of these potential matches get scrapped… 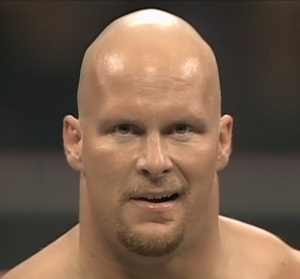 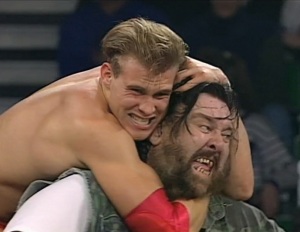 Loch Ness; not exactly dispelling the stereotypes about British teeth

Nitro was almost entirely centred around the Hogan/Savage vs. Flair/Anderson/Sullivan feud. For the third week in a row Randy Savage faced Ric Flair in a WCW Title match and for the second week in a row Hogan faced Arn Anderson.

First up, It was claimed that Anderson became the first man to ever defeat Hogan twice. Of course this is nonsense. We don’t even need to go down the Andre The Giant, Antonio Inoki route either. Ric Flair has beaten Hogan twice since The Hulkster joined WCW, the last time being a couple of weeks ago. Anderson’s win wasn’t clean, obviously. It was a DQ after Randy Savage stopped Kevin Sullivan from interfering. Yup, not a hand was laid on Hogan or Anderson but the ref still threw the match out. Showing dedication, Hogan was still selling his eye injury three weeks on from receiving it. Surely it should have healed by now? 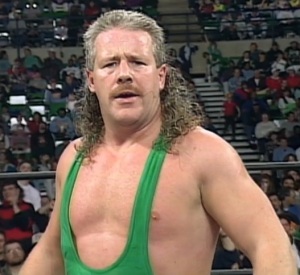 State of that hair, fella!

In the show’s main event, Ric Flair pinned Savage to retain his title in a complete clusterfuck of a finish. Firstly Flair used Liz’s shoe to nail Savage, but that didn’t keep him down. Sullivan then appeared and ran around the ring, chased by Hogan. While this was happening Arn Anderson appeared in the ring and nailed Macho with a DDT to allow Flair to make the pin. Afterwards the three baddies laid into Hogan and Savage before Brutus The Barber Beefcake made the save. After brushing himself down Hogan made it abundantly clear that his new friend was called “The Booty Man” and that he would join him and Savage in a six man tag against Flair, Anderson and Sullivan next week. Someone really does not want to get sued. “Booty, Booty, Booty Man, brother!” 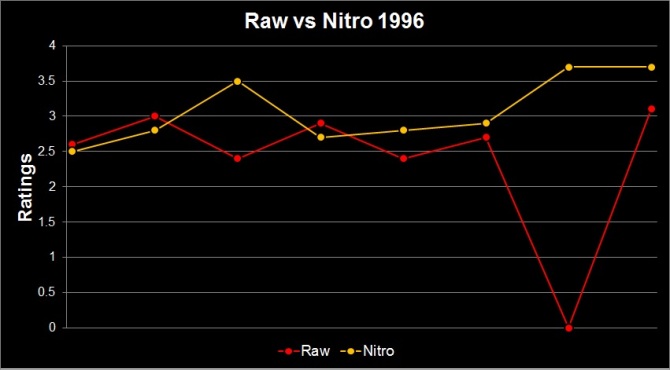 A fourth victory in a row for Nitro. Their 3.7 saw off Raw’s 3.1. Again, for perspective, on Thursday of this week Friends drew a 20.0 (30.2 million viewers) when Chandler got a new room mate called Eddie.

That’s all for this week, see ya pals!