If you absolutely believe everything you read (Which I hope you don’t) many angles, storylines, gimmicks etc are constantly changing before their big pay off. Many times, a promoter/booker gets a “great idea” and it starts to play out on television. Then, inexplicably, the character or storyline quickly changes to something we weren’t expecting.

Some times, things change because the promoter or wrestler doesn’t like the direction the story is going in, other times it’s simply because some real life incident forces quick immediate changes to the original plans. Sometimes, it improves the initial idea and other times it makes you scratch your head wondering why even bother?

The WWE and WCW had ideas that were scheduled to go one way and for reasons we will attempt to outline…caused a shift in planning. This piece will discuss the storyline and or gimmick…how it played out and what was the original concept and why was it suddenly changed. Some you may already know, while others you may be surprised you don’t know. Either way, here they are in no particular order. Gimmicks and storylines changed from their original plans.

The whole gimmick and storyline was supposedly one big joke…that nobody really thought would go anywhere. In 1990, WCW came up with a mysterious character only known as the Black Scorpion whose sole purpose was to make Sting’s life miserable.

Sting won the match and the Black Scorpion was revealed to be none other than Ric Flair. 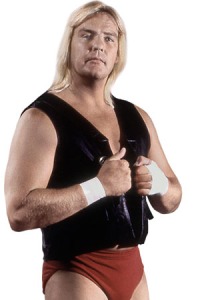 According to Ric Flair, the original plan was to have Barry Windham be the man under the Black Scorpion mask…but Flair and management felt that the gimmick would hurt Windham more than it would help it…so Flair volunteered to wear the guise.

The Driver Who Ran Over Stone Cold Steve Austin

The reasoning for the creation of this angle in 1999, was to give a kayfabe reason for Stone Cold to be of TV for a number of months to rehab a serious neck injury suffered in 1997. The angle was a mysterious driver who ran over Austin and took off.

For months and months… fans speculated who the driver was and why they tried to end Austin’s career. The payoff occurred a year later in 2000 when it was discovered that Rikishi was the driver of the car that hit Austin. Apparently, the reveal of Rikishi wasn’t exciting to fans and so they made Triple H the real conspirator of the attack who put Rikishi up to doing the deed.

The Original Plans: While discussing ways to get Steve Austin off TV….allegedly, there was the idea to have Austin’s wife Debra be the real driver of the car. Fans weren’t all that crazy with Debra being at ringside with the Texas rattlesnake and having Debra turn heel was a way to get Debra away from the Stone Cold character. 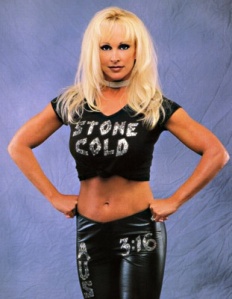 That idea was almost immediately nixed by both Debra and Austin…as Austin didn’t like the idea of his wife trying to kill him.

The character of Balls Mahoney was given to Jonathan Rechner who previously was given gimmicks such as Boo Bradley and Xanta Klaus. According to ECW wrestler Raven, he was the one who conceived the idea of Balls Mahoney. Balls became a fan favorite for his hard hitting style and wielding hard chair shots to his opponents.

Originally, the concept of Balls Mahoney wasn’t to be the heavy hitting thrash metal star he became, but rather a homosexual character. He was suppose to dress in leather outfits and be a vicious, violent gay man. Rechner rejected the original premise of the gimmick and turned the Balls character what we know him as today.

The Illegitimate Son of Vince McMahon

In 2008, a storyline was devised that had Vince McMcMahon the father of a child out of wedlock. For weeks, fans were given clues as to whom the illegitimate child was. It was ultimately revealed that Hornswoggle was McMahon’s son.

The original planning was to have Mr. Kennedy revealed to be McMahon’s long lost son and given a monster heel push. The plans were scrapped when Mr. Kennedy failed a drug test and was suspended from the WWE.

Vince McMahon introduced the anonymous Raw general manager in the summer of 2010. For over a year, the man/woman hid their identity from the public. The only way they communicated was via emails from a laptop that was put at ringside. Michael Cole would be the unofficial spokesperson for the Raw GM. 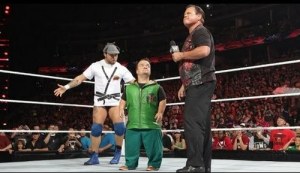 In 2011, it was finally revealed to be…you guessed it…Hornswoggle who was sending his cryptic emails from under the ring.

As you could have guessed, Hornswoggle was not the original choice to play the part of the anonymous GM. He was simply chosen to kill off the angle. According to a former creative team member…the man that was originally going to be the GM was none other than Triple H, but the idea was eventually scrapped. 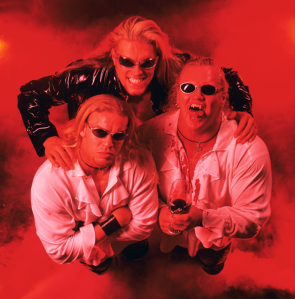 We are all aware of the Brood. A trio of dark, mysterious individuals that dumped “blood” on unsuspecting opponents. The Brood consisted of Gangrel, Edge and Christian. 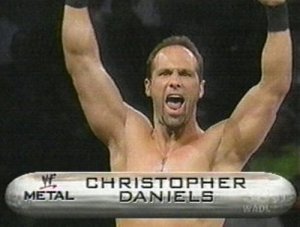 According to Gangrel, the original members of the Brood were going to be himself, Edge and independent wrestler ‘Fallen Angel’ Christopher Daniels. Edge campaigned hard to have his childhood friend and former tag team partner in the Canadian indies Christian be the third member of the group…and the rest was history.

2 thoughts on “The Best Laid Plans: Wrestling Gimmicks and Angles Changed at the Last Minute”