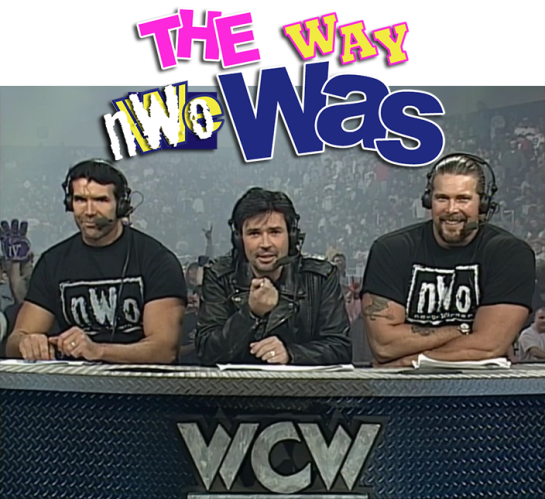 ‘Tis the season in 1996! December has begun and Turbo Man is the toy every boy wants for Christmas. Well, at least it is in Arnold Schwarzenegger’s new movie; Jingle All The Way. 20 years on and Arnie’s masterpiece has become a Christmas classic, but who cemented their place in history on Raw and Nitro in this week’s The Way We Was… 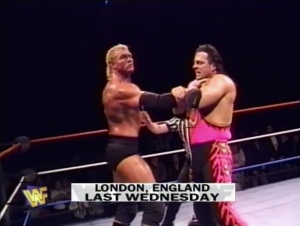 Realising they need some heat for their next PPV main event, the WWF have turned to house shows to help increase interest in Sid vs. Bret

This week’s Raw was, to put it mildly, shit. The only significant development to report actually occurred at a house show in London, England, the previous week. We merely saw the somewhat grainy footage of this incident on Raw.

Following last week’s angle involving Bret Hart, Owen Hart, Steve Austin and The British Bulldog, the WWF have inserted Sid into the equation too. During a match between the WWF Champion and Stone Cold, The British Bulldog saw fit to get involved and extract some revenge on Austin after last week’s events. The problem for Bulldog was that interference caused Sid to be disqualified. The Champ was not amused and attempted to powerbomb Bulldog before Bret Hart – who Bulldog saved last week – returned the favour. The number one contender then entered the ring to square off with Sid, but the Master and Ruler of The World chokeslammed The Hitman to end the segment. In subsequent backstage interviews everyone involved claimed to be hard as fuck, with Bulldog – who is still a heel – claiming that he “has his reasons” for appearing to save babyface Bret Last week. His partner Owen – who was present during the earlier angle too – encouraged Bulldog to get his mind back on Tag Team wrestling. This is a tangled web…

Quote of The Week

“Come on King, shake that thang!”
Vince McMahon, while dancing in his chair 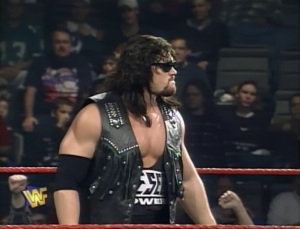 After Sting reverse DDT’d Rick Steiner last week, Nitro opened with a rather animated Dog-Faced Gremlin, who was accompanied by his brother, Scott. Rick called out Sting, while Scott reminded The Stinger that they are supposed to be friends. Half way through the show they basically repeated the same segment, only this time Sting appeared in the rafters and nodded in acceptance of Rick’s challenge. The ‘match’ between the pair headlined the show. I’m using punctuation because this wasn’t really a match; the bell never rang and it ended in a no-contest. To start off Sting turned his back to Rick and invited his former friend to hit him. Surprisingly babyface Rick did not hesitate and clobbered The Crow lookalike. After Scott manhandled Sting to throw him back into the ring, The Stinger took control. We then got a repeat of Sting’s segment with Lex Luger a few weeks ago. Sting handed Rick a baseball bat and invited a clobbering. Again, Ricky was well up for it until Scotty stopped him. Sting disappeared into the crowd as Nitro went off the air. He’s a man of mystery this Sting fella… 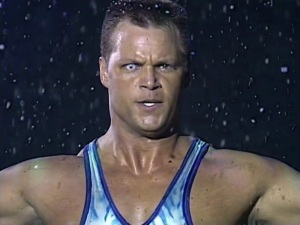 Glacier is back, and he’s back as Matt Damon, apparently

I think I can see some wrestlers out there, somewhere…

Quote of The Night

“What’s the name of this guy with the hair?”
Bobby Heenan

“I don’t even know, nobody told us”
Tony Schiavone in response

A small, uniform rise for both Raw and Nitro this week. Could it be because San Francisco blew out the Atlanta Falcons 34-10 on The Monday Night Football…?