It’s WrestleMania weekend and in part twelve of This Week in Wrestling in 2017, Craig previews ‘NXT Takeover:Orlando’ and Brian shares all the best viral content he’s stumbled upon this week.

It is now part and parcel that along with a major WWE PPV we also have a NXT Takeover and tonight is no different with Orlando hosting the latest instalment of the popular series.

As ever, the streamlined event features far fewer matches than WrestleMania will with five bouts scheduled for tonight’s show. The main event will see NXT Champion Bobby Roode face off against Shinsuke Nakamura, Asuka will defend her women’s title against Ember Moon, The Authors of Pain put their tag titles on the line against DIY and the Revival, Aleister Black takes on Andrade “Cien” Almas and Tye Dillinger, Roderick Strong, No Way Jose, and Ruby Riot go head-to-head with SAnitY in an 8-person tag.

While I loved SAnitY’s debut, they have faltered in recent weeks and even the refresh, with the addition of Killian Dain to the team’s ranks, hasn’t helped them too much. The choice now is basically get really serious with the group or have them go their separate way. I think the babyface team will win tonight and signal the beginning of the end. I also see Ruby Riot getting the win over Nikki Cross, which will hopefully result in a programme between the two.

The heel-turn of Andrade “Cien” Almas has turned a guy from just being there to being a pretty awesome character on NXT. But Aleister Black is even better. Always a fan of Tommy End, whenever I saw him, there is no denying that it is Black’s night here. Whether that means that Almas’ role is now to put over the new guys, remains to be seen. But tonight will be Black’night.

The tag team title match throws up an interesting dilemma, one traditionally associated with these type of events: who is going to be promoted to the main roster. It would seem that it is The Revival’s time to leave NXT. As two-time former champions, what they can still achieve is not really known. In fact, they would be, if the WWE got their act together with the Smackdown tag team division, a great addition to the show’s roster. But are the WWE intent, instead, on having Authors of Pain head-up? Sure they might be, to quote Cornette, greener than goose shit, but they are a big built team and we all know Vince loves that. Does that mean DIY win? I don’t think so. I wonder, do the Authors of Pain retain here and battle next the team of Heavy Machinery?

I think we’ll also see history made tonight with Asuka finally losing a match and her reign as women’s champion on NXT coming to an end. Asuka has nothing left to prove in NXT. It is time for the title to be moved on to a new act, and there’s no one hotter in NXT than Ember Moon, and transition Asuka towards a move to the main roster.

Finally, in one has potential to be a great, (glorious? – Ed), main event, Bobby Roode will defend his NXT title against the two-time former Champion Nakamura. Now, if rumours are to be believed and Nakamura will debut on Smackdown this Tuesday, I think we can all work out how this one will go with Roode retaining and the show closing to ‘Thank you, Nakamura’ chants from the fans in attendance.

The build to this NXT:Takever has been solid, if not spectacular, but this is a very strong card and should be a very, very good match. It shouldn’t eclipse WrestleMania, but it will be yet another good card on a weekend of top class wrestling.

This week on the blog we hosted polls to get readers thoughts and reviews of this week’s episodes of Raw and Smackdown, the go-home shows ahead of WrestleMania. The results were: 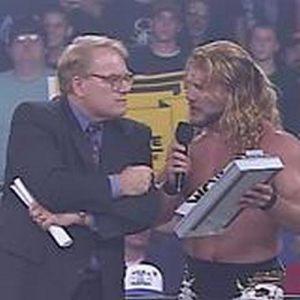 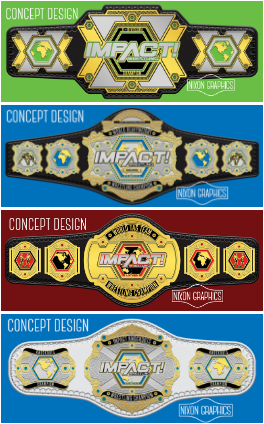 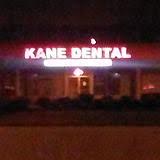 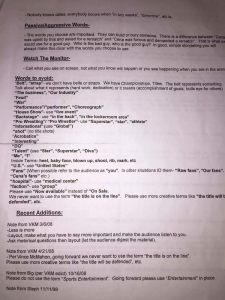 I wonder if this broadcasting team would follow those WWE rules? Hmmmm?

Now this is a movie I would see… 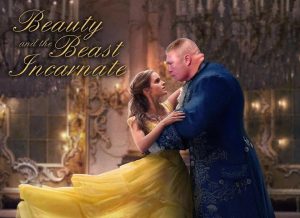 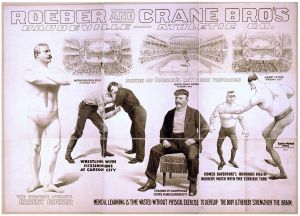 This is why Bobby Heenan was the “perfect” manager for Mr. Perfect!

A rare song performed by future WWE Hall of Famer Ricky Morton back in 1987.

Last Week on the Blog

In last week’s Sunday Sermon we looked back 20 years at WrestleMania 13;on Monday we had part 12 of ‘Meanwhile, in WCW‘; Tuesday’s ‘Moment in Time’ looked back at when Kerry Von Erich’s secret was exposed; On Wednesday who had part 3 of  our rundown of Clash of Champions; Thursday’s Top Five looked at NXT flops and we rounded off the week with a ‘tag teams of yesteryear‘ looking at The Colossal Connection.

Next Week on the Blog

Tomorrow we preview and predict WrestleMania, we have the latest ‘Wrestling with Sin‘, the next instalment of ‘The History of the Intercontinental Title‘ and more.