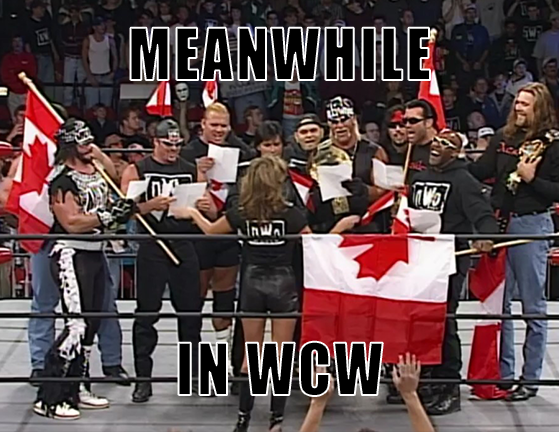 I don’t think I need to point out what the big news in wrestling was 20 years ago this week. While the fallout from the main event of the 1997 Survivor Series played out on Raw, what was happening on Nitro? Let’s find out in this week’s ‘Meanwhile, in WCW’… 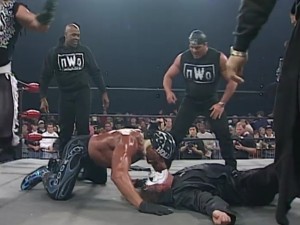 He’s human after all

Something happened on this week’s Nitro that I did not think happened at all in 1997; Sting got his head kicked in by the New World Order. Since becoming the strong silent type, Sting has always gotten the better of any physical encounter he has been involved in. However, this week The Stinger fell afoul of the exact situation from a few weeks ago, only he fought his way out on that occasion. An angry Hollywood Hogan and Eric Bischoff called out Sting earlier in the show, largely due to the fact that Sting has also been starring in movies – The Real Reason (Men Commit Crimes). Nothing happened, so the pair returned later in the evening to try again. This time their luck was in because Sting descended from the ceiling ready to fight. Just as Sting got into a flustered Hogan’s face, the rest of the nWo showed up and beat the holy hell out of him. We saw Sting fight off the stable with just his fists not too long ago, but on this occasion he succumbed. Hogan nailed him with three leg drops as Nitro went off the air. 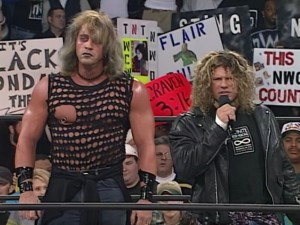 Isn’t he a bit old to be going through this phase?

“Bret Hart, because you’re such a knock out kinda guy…” 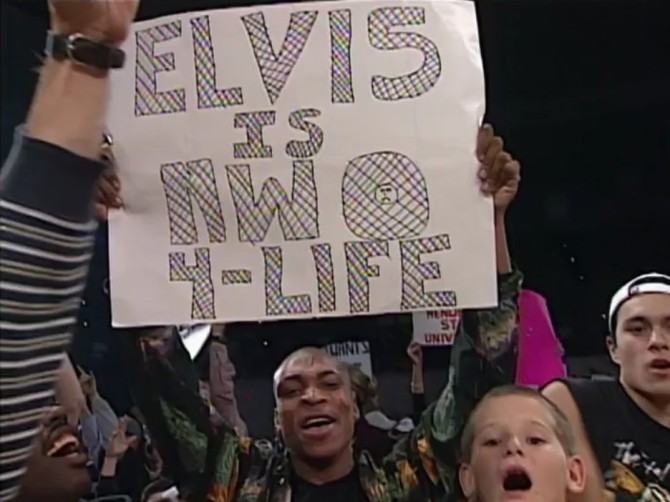 Yes, the WWF were still in Canada for this show and yes, the crowd were HOT! Also on this week’s Raw was the debut of DX’s iconic theme music. 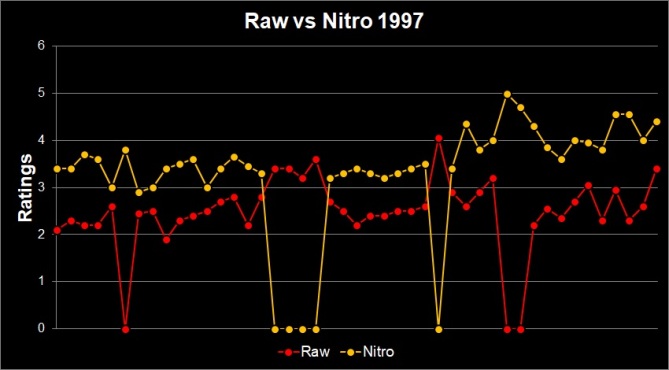