Throughout the history of pro wrestling bookers and promoters have always tried to come up with new, creative and innovative ideas to generate interest in their product. Some ideas have not only succeeded…but flourished. Others were DOA from the get go. Then there are those ideas which initially were innovative but, for various reasons, faded away. Those are the focus of this latest series of posts titled ‘Great Ideas That Didn’t Last’.

WCW Saturday Night had been a staple of Ted Turner’s cable station TBS since 1992. As a matter of fact, the time slot on Saturday night’s has been occupied by some sort of professional wrestling dating back to 1971. Whether it was Georgia Championship Wrestling, the WWF (very briefly)or the NWA/WCW….wrestling was very prominent on his beloved “super station.” So many great wrestling moments took place every Saturday starting at the awkward time of 6:05pm. It was Ted Turner’s pride and joy to have wrestling on his airwaves for so many years.

By the time the late 1990’s came about, WCW started focusing their attentions more on live programming like Nitro and Thunder every Monday and Tuesday night respectively. WCW Saturday Nights had become somewhat of an after thought with low profile matches and recaps of what happened on their main shows. It was no longer as Dusty Rhodes once coined it…”The Mothership” for WCW. That was all going to change when Eric Bischoff placed ‘The Mouth of the South’ Jimmy Hart as the lead booker for the telecast. 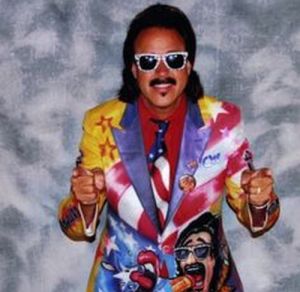 Even though WCW had placed less and less focus and importance of their Saturday Night show, it was still a special show to Ted Turner. Jimmy Hart had big ideas to make the show different from everything else the company was doing. Jimmy Hart was given full creative control of the show and with Bischoff’s backing…it had the potential to be something really unique and different at the time.

Jimmy Hart’s big plan was to make WCW Saturday Night into a separate brand. A different project from Nitro and Thunder. Hart wanted to book the show like it was a territory. In fact, he wanted to give it a true southern booking feel to it. Much like the way the old Memphis territory used to be booked. Hart wanted to give the show its own titles separate from WCW’s typical championships. He wanted to use talent that was barely used on the main shows and give them a spotlight on his program. He also wanted to take new talent graduating from the Power Plant and have them develop further on his show. 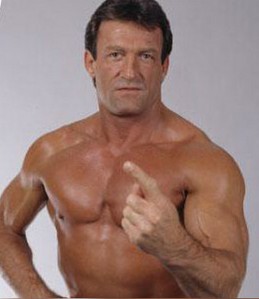 Jimmy Hart also had an on air commissioner in mind in the form of ‘Mr. Wonderful’ Paul Orndorff. Orndorff would assist in the booking, but his main job would be as a fictitious on air leader. If any of this sounds familiar and sounds a lot like how NXT has been for the WWE….you would be correct. Hart wanted this idea for WCW a few years prior to the WWE’s big investment in their youth. Things would sadly, quickly change as seemed to always be the case with this company.

Keep in mind, the year was 1999 and World Championship Wrestling was starting its downward trend. Eric Bischoff would be “reassigned” away from the day to day operations of the company. That meant that Jimmy Hart no longer had a friend having his back. Vince Russo would take over creative control of the company and Hart’s big plans for WCW Saturday Night were all but scrapped. Eventually, the show would become nothing but a full recap show and was moved to Saturday mornings. Ultimately, the show was cancelled in the Summer of 2000 ending a great run.

The truth is, who knows if Jimmy Hart’s big idea would have succeeded at that point in time. WCW was altogether becoming a sinking ship that was hemorrhaging money. Would fans be interested in yet another wrestling program considering all the over saturation of wrestling that was on television at the time. Regardless, it seemed like a very creative and innovative idea that sadly never saw the light of day.

You can read all other ‘Great Ideas That Didn’t Last’ here.