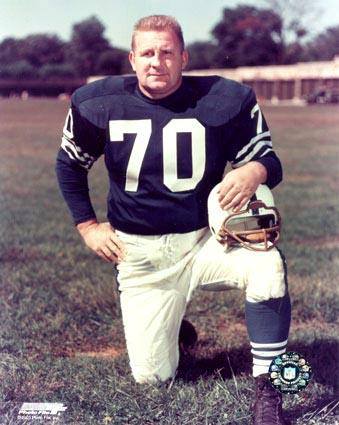 Art Donovan is most famous for being a legendary football player. He was a defensive tackle notable for his time playing with the Baltimore Colts – now the Indianapolis Colts – where his number 70 jersey is retired. It is therefore fair to say that this guy is a bit of a Baltimore sporting legend and held in very high esteem throughout the American football world. However, I’m sure that many people reading this wrestling blog will have no idea who he is, never mind his storied football career. I’m equally sure that a good percentage of you will know exactly who I’m talking about, but not because of his footballing exploits.

Art Donovan is today having the honour of Icon of Wrestling bestowed upon him purely because of his guest commentary on the 1994 King of The Ring pay per view. I know what you’re thinking, ‘guest commentator’ suggests that he must have known his stuff especially considering that he featured throughout the entire show, not just one match. The answer to that quandary is staring you in the face because had he actually known what he was talking about, Art’s appearance would have been far less memorable. Yes, for those unaware, the WWF invited a former professional footballer with seemingly no knowledge of the WWF, or wrestling in general, to do guest commentary on an entire PPV purely because it was held in the city of his greatest success as a footballer. This sounds ridiculous but it is exactly what happened. To compound the ridiculousness, consider this; King of The Ring was held in Baltimore and Donovan was/is a sporting legend in that city. In that regard you may, almost, be able to get your head around the logic of featuring him on the show in some capacity, until you remember that he was doing commentary. Commentary is heard by the television audience, not the live crowd. The very people Art’s appearance was supposed to appeal to would not have heard him. 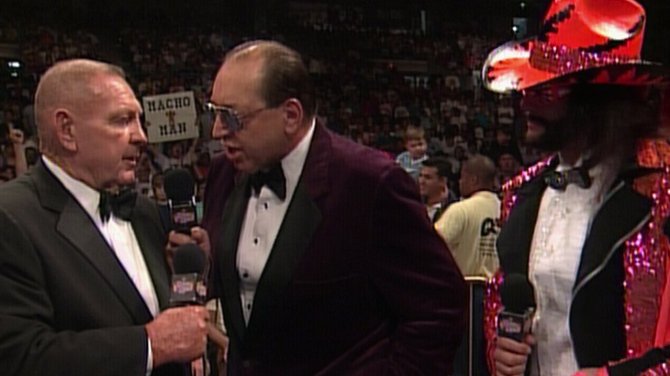 It was all downhill from here…

Anyway, on the show Art was part of a three-man team alongside Gorilla Monsoon and Macho Man Randy Savage. To highlight the point that Donovan’s legendary status did not necessarily extend out-with Baltimore or football is the fact that Monsoon introduced him as “Art O’ Donnell” and continued to call him by this name throughout the show. For those that have not seen this show, you may be thinking that the worst thing for a commentator to do is not say anything – see David Otunga – but you would be wrong, Art was a very talkative gentleman indeed. The problem was something I mentioned earlier; he knew absolutely nothing about wrestling. Thus, the majority of Art’s comments were questions. He asked Gorilla and Randy a total of 73, largely inane, questions. Making matters worse was the enthusiasm of Art’s questioning. He remained cheerful and inquisitive for the entire broadcast, which eventually seemed to wear thin on his announce partners. There were four distinct stages that Savage and Monsoon seemed to go through. Firstly, they humoured our man and played ball with his questions, even inviting them. They quickly tired of that and merely tolerated him, rather than inviting him to speak. By the second half of the show you could audibly hear Randy and Gorilla being rather short, and borderline rude, with their guest. Hilariously, Art did not seem to pick up these social cues and forced his more experienced partners to move to stage four and simply ignore him towards the end of the show.

To give you a snapshot of what must have been the longest night of Savage and Monsoon’s professional careers, here are a few of my favourite quotes from old Art –

“I thought the poor guy was dead! Now they’re both out! What happens now?” During Razor Ramon vs. Bam Bam Bigelow

“Randy, is this one of the wrestlers? …He looks like… he looks like a business man!” Art’s thoughts on IRS

“Is this the way he’s gonna wrestle, with his clothes on?” Art’s thoughts on Mabel, whom he was expecting to wrestle naked

“Oh that’s not fair! The other guy, the other fella only weighs half the amount!” Fair comment really, IRS vs. Mabel

“I think I’m gonna get outta here. This is dangerous!” If only he had

“Hey, Randy, there’s gonna be a lot of American Indians mad.” Apparently Macho Man would know about such things…

“Hey Gorilla, who’s the guy leading? Is that his second? …Is he another wrestler?” Art is referring to Shawn Michaels here

“Right now, Diesel looks like a shrub.” Yes, he really said this

It was Bam Bam Bigelow’s weight that sparked it all

You may have noticed a rather glaring omission from this list as it is the question Art asked most frequently and about seemingly every wrestler on the show; “How much does this guy weigh?” If anything, I think Monsoon only had himself to blame for this one having tried to put Bam Bam Bigelow over as 400 lb in the first match. Monsoon brought it up, so – channelling his inner 8 year old – Art kept bringing it up, again and again!

Art is no longer with us having passed away in 2013 at the age of 89. Given that Gorilla, and to a lesser extend Macho Man, largely tried to ignore him during the second half of this broadcast, our man never did get the answer to many of his questions. Therefore, I’ve taken it upon myself to list the weights of everyone who wrestled on this show. Hopefully this information will somehow make its way to our newest Icon of Wrestling.

Jobber Clobber is Jamie’s screen printing start-up. He specialises in geeky wrestling related t-shirts so if you enjoy Icons of Wrestling you’ll love Jobber Clobber. You can find him on eBay, Etsy, Instagram and Facebook. Don’t be shy, give it a’like’ and help to spread the word.

All previous ‘Icons of Wrestling’ can be read here.