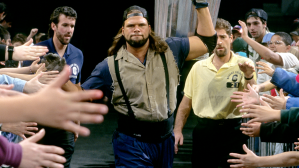 In 1995, The World Wrestling Federation was filled with many outrageous, goofy and all in all ridiculous gimmicky characters. From plumbers, a hockey player, race car driver, magician, hog farmer and even a clown (although I still say that the evil Doink the Clown was awesome) One such wrestler was a wrestling garbage man named Duke ‘The Dumpster’ Droese. Duke Droese was a fan favorite or at least a babyface for all of his WWF career. There was a time, however, Droese was pegged to become something much different at the tail end of his WWF tenure. 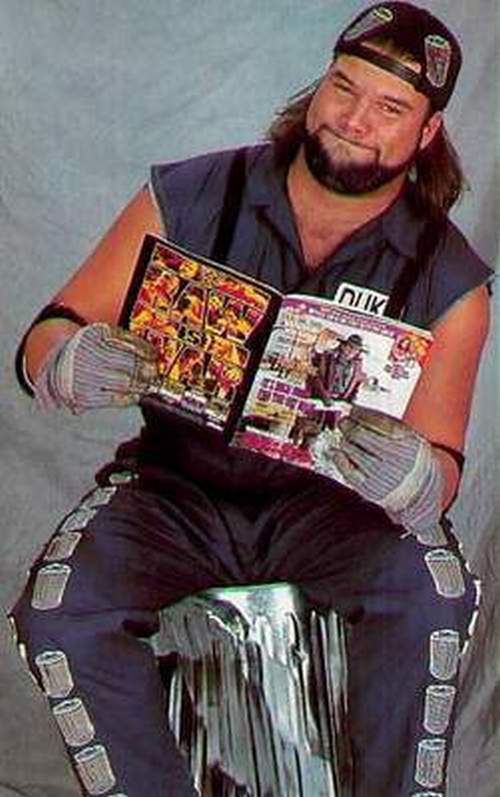 Business was way down as fans wanted something a bit more realistic from their wrestlers. That didn’t stop Vince McMahon from continuing to push all the circus like characters he had created. Duke Droese was languishing as a lower to mid card garbage man. It was time for a change. Something that was very much welcomed by Droese himself. The idea to turn Duke heel was first pitched by the newest member of the creative writing team, a WWF magazine writer named Vic Venom aka Vince Russo. The idea really didn’t gain much traction at first and “The Trash Man” remained on the lower end of the card.

Duke Droese was exactly a favorite of WWF management..in particular Pat Patterson. For whatever reasons Patterson had, this severely stalled Droese’s upward mobility as a “superstar.” With business beginning to look like garbage so to speak, new and fresh ideas were welcomed to try and liven things up. The Duke Droese heel turn was brought up again and this time was met with a green light by Vince McMahon. 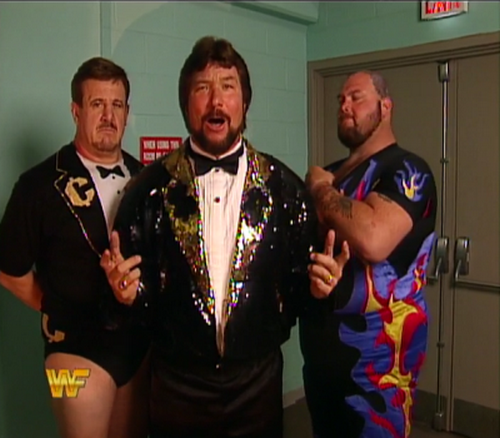 The plan was for Duke to turn heel and join Ted Dibiase’s ‘Million Dollar Corporation.’ By this time, Dibiase was a manager and controlled a stable or faction of wrestlers like Bam Bam Bigelow, Sycho Sid, King Kong Bundy, Tatanka and Nikolai Volkoff. According to Droese, he wasn’t just going to be another member of the Corporation…but he was pegged to be a bit more. Droese said that the plan was to make Duke Droese into Ted Dibiase’s personal protege. 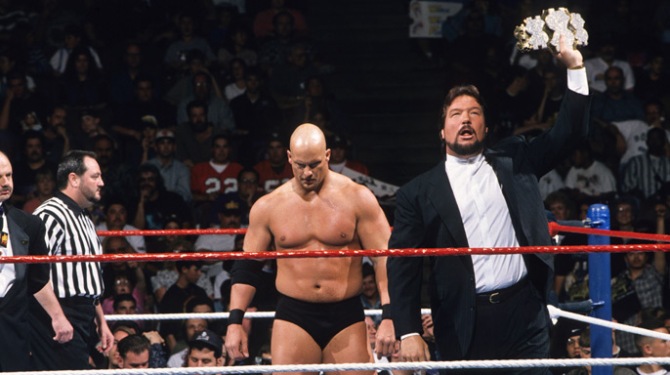 He would also possibly be handed Dibiase’s ‘million dollar belt.’ If this sounds familiar at all, it was ultimately the same gimmick they wound up giving to Steve Austin as the Ringmaster in 1996. The idea was first pitched to Droese and Droese was very eager to accept the switch in his attitude. It was time to take out the trash and bring in the cash. The wheels began to spin in motion with Duke Droese winning a few matches on television. Now, a part of Droese’s gimmick was to dump garbage from his trash can that he carried to the ring on his opponent. For the next couple of weeks, Droese would do so, only to find one hundred dollar bills in the trash. Droese looked confused at first and it was eventually going to lead to Droese becoming a full fledged heel and member of Dibiase’s Corporation. A picture of the new look heel Duke Droese in a suit and tie appeared in an issue of WWF magazine. 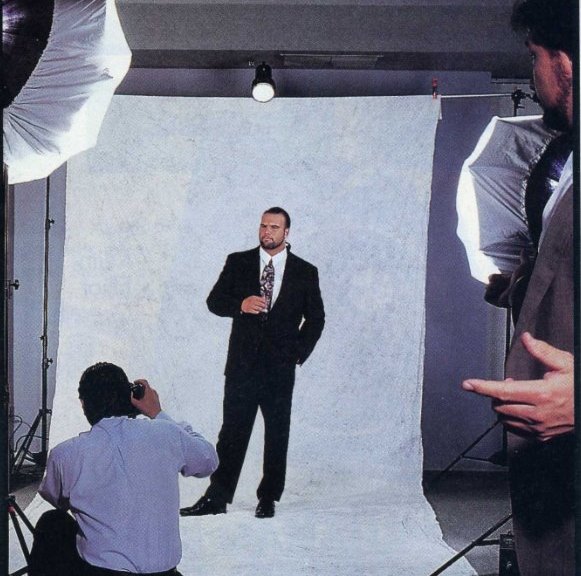 That, however, never occurred and the gimmick was quickly and quietly dropped. So what was the reasoning behind the heel Droese being scrapped? All that Droese knew is that McMahon changed his mind at the last minute…as he often did ad decided to go in a different direction. That direction was with Steve Austin as the Ringmaster. It also didn’t help that Ted Dibiase was at the tail end of his contract and wasn’t going to resign with the company.

When Dibiase left, it all ended. The Ringmaster eventually became ‘Stone Cold’ and Duke Droese would last until the summer of 1996 before leaving the company altogether. It is fascinating to think what could have been if Droese was turned heel, but alas…his heel gimmick was tossed in the dumpster.

3 thoughts on “From Trash to Cash: The Dropped Heel Turn of Duke ‘The Dumpster’ Droese”