Today we have another standalone ‘Wrestling with Sin‘ piece, looking at the short-lived WWE run of Palmer Cannon and the fallout.

Brian Mailhot was an independent wrestler from the northeast who started out his career in 1999. Mailhot was a life long fan of professional wrestling who grew up idolizing wrestlers like ‘The Nature Boy’ Ric Flair among others. Mailhot would start training under the legendary Killer Kowalski. The same wrestler/instructor who trained Triple H, Chyna, Perry Saturn and countless others. Mailhot would begin his career in the independent promotions of Maine and Massachusetts under the name Brian Black.

After a few years of independent wrestling under his belt, he received a try out match with the WWE in 2005. His tryout dark match lasted a total of 26 seconds as he lost to Kurt Angle in a Kurt Angle challenge match. Despite the quick squash, the then Senior Vice President of Talent Operations John Laurinaitis liked his look and asked Brian Mailhot to provide him with a demo reel of his matches. Not long after, Mailhot was signed to a WWE developmental contract.

Mailhot was assigned to Deep South Wrestling located in Georgia and that is where he continued his training under Bill DeMott and Joe Hamilton. After about three to four months of developmental…the WWE’s main roster was calling on their developmental territories to find someone to portray a new character on Smackdown named ‘Palmer Canon.’ Brian Mailhot was one of the students selected to audition for the role. Apparently, while still green as a wrestler, Mailhot was extremely gifted on giving promos. WWE management was so impressed with his audition tape, they chose him to play the role of Canon.

The gimmick of Palmer Canon was he was an executive from the network (UPN who was televising Smackdown here in the states was assumed, but never actually mentioned.) Palmer Canon or ‘PC’ for short was placed on the blue brand to oversee general manager Teddy Long. He was there to make sure that all the rules of the network were enforced. Palmer was a heel character that was an idea that was loosely “borrowed” or better yet stolen from ECW who had the Cyrus the Virus gimmick which was played by Don Callis back in 2000. It wouldn’t take long for Palmer Canon to overstep his bounds on Smackdown.

The Palmer Canon character was responsible for introducing The Boogeyman character to Smackdown and start the Juniors division. Soon, more and more wrestlers were looking past Teddy Long and going straight to Canon for career advice. Palmer Canon was just a non wrestling character who did not wrestle. During his off days, Mailhot would travel back to Georgia and Deep South Wrestling to get further training. It was to prepare the PC character from eventually becoming an active wrestler himself.

The plan was for Canon to begin a war of words with The Miz and the two would ultimately have a match where Canon put his network job on the line against the Miz’s career. The Miz would defeat Canon and he would essentially be fired from the network and forced to become a wrestler himself. That was the plan…but after just eight months under the Palmer Canon gimmick….Brian Mailhot disappeared.

It all went down in April of 2006, when WWE was on a European tour for a little over a week. On the first day of the tour, Mailhot walked out of the tour, grabbed a cab and flew himself home. So what happened? According to reports and later Mailhot himself, he was tormented for six hours straight on the very first day of the European tour by John Bradshaw Layfield and Chris Benoit. The reports by various unnamed wrestlers at the time described the ribbing of JBL and Benoit as simply malicious and went way too far. Rumors had Benoit and JBL duct taping Mailhot in a shower stall and threatened to rape him among other horrific pranks.

Mailhot became mentally broken and realizing that there were a few more days left in the tour…he couldn’t take anymore of it and simply went home without notifying WWE management. Guys like Simon Dean and Rey Mysterio tried to stop Mailhot and convince him things would get better, but it fell on deaf ears. WWE management…in particular the man who originally signed Mailhot…John Laurinaitis called him repeatedly to return to work….but Mailhot refused. A week later, Brian Mailhot was released from WWE. 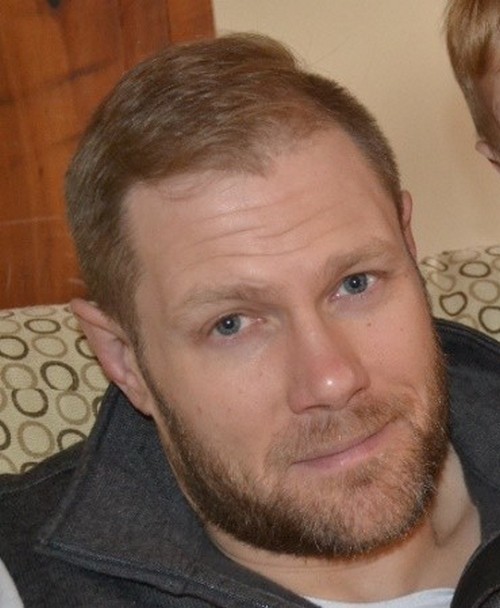 Brian Mailhot would briefly step away from professional wrestling and decided to take up Brazilian Jiu Jitsu to deal with the anger and humiliation he endured from WWE. He would eventually call up TNA about getting a tryout with them…but never followed through after the initial call. Mailhot was done with wrestling. His Brazilian Jiu Jitsu training led him to start a brief career in MMA and he also started running marathons. Mailhot would ultimately get married, have two sons and become a director of sales and marketing for a dairy company based in Portland, Maine. In his spare time, Mailhot is also an instructor in Brazilian Jiu Jitsu for a dojo in the Porland, Maine area as well. He is known there as “Coach Hacksaw.”

10 thoughts on “A Wrestling With Sin Special: The Breakdown of Palmer Canon”