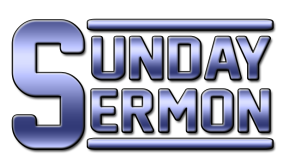 Jamie: First thing’s first, Double or Nothing was a fantastic show. I was entertained by every single match. Just when I thought I was safe to play on my phone or direct my attention elsewhere, the match in the ring drew me back in. Was it perfect? No, but was WrestleMania 1? Hell, Wrestlemania 17 wasn’t without flaws either. It’s almost impossible to produce a perfect four-hour live show. That said, for a first show, Double or Nothing was about as good as you’ll ever see.

So, should WWE be concerned? Well, Sami Zayn – whether scripted or otherwise – mentioned AEW on Raw this past week. Numerous WWE performers spoke in glowing terms on social media regarding the show. AEW seems to have been a hit with fans, it most certainly seems to have been a hit with ‘the boys’ – and girls – and it was the first destination for former WWE Champion Jon Moxley aka Dean Ambrose. Throw that on top of a television deal with TNT in the States and ITV in the UK and AEW has a lot to be happy about. It would be interesting to know how happy WWE is with AEW’s apparent success though?

Brian: I agree with Jamie in that Double or Nothing was a really good show. The best match for me was Cody versus Dustin in a brother vs brother bloodbath. Overall though, the show had surprises like Awesome Kong and Dean Errrrrr I mean Jon Moxley.

Is AEW the real deal? Well, let’s see…a billionaire backer? Check! A major cable tv deal? Check. Fans who want an alternative to the WWE? Check! All in all so far so good for All Elite Wrestling. Their biggest test is yet to come, however.

They still need to put together a captivating show with intriguing storytelling. They obviously already have hardcore wrestling fans attention, but it is the casual fan that is needed to truly turn a significant product. Will it attract kids who will beg their parents to take them to a show and buy the merchandise?

I know many fans of AEW don’t want that element at this show….but to me…the casual fans and kids play a very pivotal role in all of this.

Jamie: Oh yeah, Cody vs. Dustin was easily the best match of the night. It’s a match of the year candidate in my eyes. That match, which was then followed by The Young Bucks vs The Lucho Bros perfectly highlight how AEW will be different from WWE. Those were two matches that you just won’t see in WWE, for different reasons.

I can’t see AEW pandering directly to kids, at least initially. They can’t really afford to spread themselves too thin, but I can absolutely see kids gravitating towards it given the opportunity. The ethos of AEW is such a positive one that kids will dig it and parents will probably let them dig it…. assuming Jimmy Havoc isn’t involved maybe! My wife watched the full show and she has never once watched an entire wrestling show before. She was sold on the fact that there were disabled and transgender wrestlers competing on the show and it wasn’t a big deal. The inclusive ethos of AEW did not come across as a gimmick – Be A Star, anyone? – but rather just the way that it is. If you’re good enough you’ll get a shot, no matter who you are. That is a message you can deliver to a young audience, but maybe not stapling cigarettes to people’s foreheads… which also popped the missus!

Brian: The other thing that really makes AEW stand out from WWE, is AEW’s willingness to allow their talent to work in other promotions. If the Young Bucks want to go to AAA in Mexico they can go…if Chris Jericho and Jon Moxley want to go to New Japan they can go. You simply won’t see that from WWE. That has got to be attractive to any wrestler who wants to experience different styles of wrestling. It isn’t just about All Elite Wrestling…they (So far) are showing no egos when it comes to sharing their talent.

The thing I really hope they don’t do is to sign a lot of former WWE talent. I like that Cody and company are introducing the world to wrestlers we’ve never seen or even heard of before. Signing away every disgruntled WWE star would …I think….hurt AEW. I remember TNA started doing that and it ultimately hurt them for years. TNA/Impact Wrestling is just now starting to recover from that.

Jamie: So long as AEW remains open to allowing talent to work for other promotions I’d like to think the issue of signing loads of former WWE talent should be minimised. In an ideal world I’d love to see them form a working relationship with New Japan and in turn ROH, CMLL and Rev Pro. That would allow AEW to dip into these rosters, reducing the need to sign ex-WWE guys just because they have a bit of name value. I’m hoping we are starting to see the dawn of this with Jon Moxley and Chris Jericho. I don’t know for sure with Jericho, but I’ve heard Tony Khan himself say that Moxely is a full-time member of the AEW roster – or will be when they go weekly – yet he is cool with him working for New Japan. Seems like AEW are scratching New Japan’s back with Moxely and possibly Jericho, so we might yet get to see New Japan return the favour with the likes of Okada and Tanahashi.

Brian: All valid points and would certainly elevate AEW even further. The one thing I wasn’t exactly in love with from AEW was the fact that they didn’t have a tournament to decide the first ever AEW world champion. Instead, they had the winner of the battle royal face the winner of the Chris Jericho/Kenny Omega match.

I mean, I am sure Hangman Page vs Jericho will deliver, but the decision to do it the way they did seemed a bit scattered. I don’t know, I guess I am a traditionalist who likes to see a gruelling tournament to decide the first-ever champion. Some may disagree, but that’s just me.

Padraic: I’m not even going to read anyone’s responses because I’m still looking for a free and most likely illegal way to watch Double or Nothing, but I want to weigh in by saying: I sure as hell hope so, not because I need an alternative, but because competition is good for EVERYBODY.

Jamie: I’d prefer a tournament too actually. The way AEW is crowning a champion feels like the WWE way of doing things i.e. as simple and as quick as possible without just giving it to someone – unless your name is Triple H, obviously. It just feels a little contradictory given that we’ve heard repeatedly that wins and losses will count for something in AEW. I may be reading too much into it, but I swear JR even alluded to a ranking system. So yeah, why no tournament? That would take care of a few weeks worth of TV right there, and tournaments are something WWE never do on their television shows (they’re always on the Network) so would help differentiate the product. If I’m being completely honest, I did not expect to see a championship belt or even hear talk of a champion at such an early stage. Time will tell if this is a case of being very proactive or if AEW has potentially jumped the gun a little with this.

7 thoughts on “Sunday Sermon: Is AEW The Real Deal?”