Just imagine being a fan at a wrestling event in your hometown and none other than Vince McMahon chooses you at of a crowd of thousands. Vince picks you to get inside a WWE ring and meet him face to face. His challenge, if you choose to accept it, is wrestle ‘The Samoan Bulldozer’ Umaga. Not only will you wrestle the 6ft 4 in…350 pound monster…you will challenge him for his WWE Intercontinental title.Now, imagine pinning Umaga and becoming the new IC champion!

For Santino Marella, this is exactly what happened. This, of course, was all Kayfabe and even though it really did occur, there was much more to the real story behind it. The character of Santino Marella was played by Ohio Valley Wrestling developmental wrestler Anthony Carelli. At the time, Carelli was competing in OVW as a Russian MMA style street fighter named ‘Boris Alexiev.’ Carelli toiled down in OVW for over a year under the Alexiev gimmick.

In 2007, Anthony Carelli received a phone call from Mike Bucci, who was the talent manager for OVW. Bucci called Carelli and simply asked if he was Italian. When Carelli answered “Yes”…Bucci said thank you and hung up the phone. While the phone call seemed rather odd, Carelli just assumed it might have something to do with a gimmick change. He was right, but didn’t realize the huge plans behind that question.

A couple of days go by and Dusty Rhodes called Carelli for a meeting with top WWE officials. At the meeting, Rhodes and others in the room asked Carelli if he could speak Italian. While Carelli was nowhere near fluent in the language, he did learn some Italian by listening to an audio tape a couple of years prior. Carelli says he can, so WWE management puts him on the spot and asks him to say something in Italian. 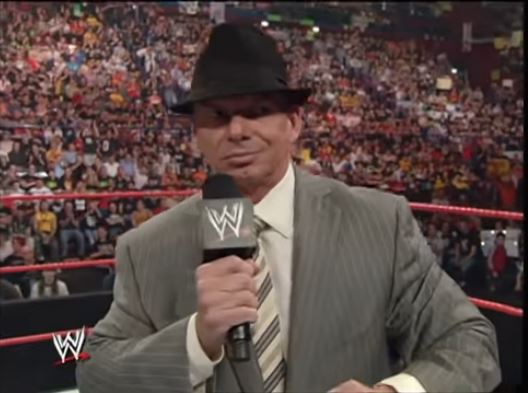 Anthony Carelli says, “voglio comprare del formaggio!” with a heavy Italian dialect. Translated, it means… “I want to buy some cheese.” WWE management all turn and look at each other nodding in agreement. They had found their guy. Anthony Carelli was then immediately sent on a plane to Milan, Italy on the Sunday before Monday Night Raw was to emanate from that city. Anthony Carelli was given the new name of Santino Marella which was a homage to the late, great Gorilla Monsoon whose real name was Robert Marella. 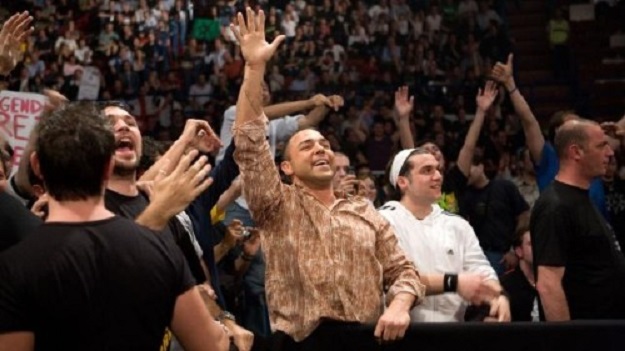 That Monday, the stage was set…the date was April 16th, 2007. It was roughly two weeks after Wrestlemania 23. Mr. McMahon chooses a volunteer from the audience to challenge Umaga for the Intercontinental title. Santino Marella climbs in the ring and gets absolutely assaulted by the powerful Samoan. It seemed only academic for Umaga to quickly pin Santino. That’s when Bobby Lashley, who was in the midst of a feud with Umaga, interferes on Santino’s behalf. Lashley then drapes the beaten and battered Santino over the unconscious Umaga and he scores the 1-2-3 pin!

The fans in Milan went nuts, as a thunderous cheer blared through the arena. Santino Marella was the new Intercontinental champion! It was deemed…”The Milan Miracle.” Here was a developmental wrestler from OVW struggling to get noticed one minute and the next he is on the main roster as the new IC champion. There was a bit of a backlash behind the scenes from some wrestlers who resented Carelli getting that moment right off the bat. Anthony Carelli was just happy for the opportunity and made the most out of it.

The Milan Miracle has gone down as one of the most memorable moments in not only Raw’s history…but WWE’s history as well.