As wrestling fans, we are all aware of Monday Night Raw and Friday Night Smackdown. They are WWE’s “A” and “B” shows respectively. While the two shows have seemingly flip flopped on importance in recent months, they are still the two main shows that set up angles, introduce new stars and hype upcoming pay per views. Before the inception of Raw and Smackdown, there were two other shows considered their A and B programs. Today, we look at the original A and B shows for the company…The Superstars of Wrestling and Wrestling Challenge. 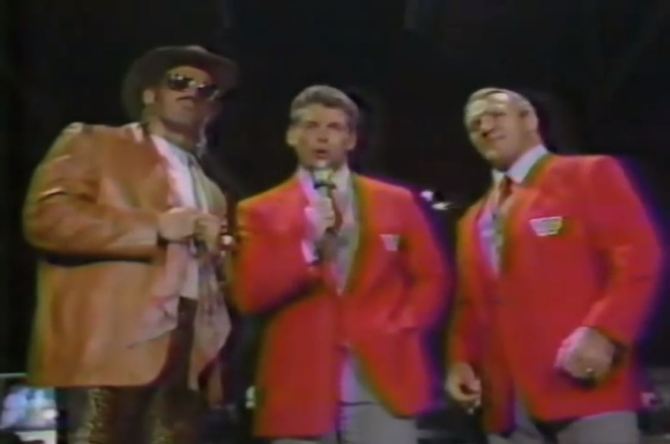 These two shows became key cogs in Vince McMahon’s continuing expansion of the then World Wrestling Federation. The first to debut was The Superstars of Wrestling later known simply as WWF Superstars in September of 1986. This was the promotion’s “A’ show was hosted by Vince McMahon himself along with Bruno Sammartino and Jesse ‘The Body’ Ventura on color commentary. Superstars replaced WWF Championship Wrestling. The Superstars show was held in larger arenas than its predecessor and started angles, introduced new wrestlers and hyped upcoming house shows and other events. 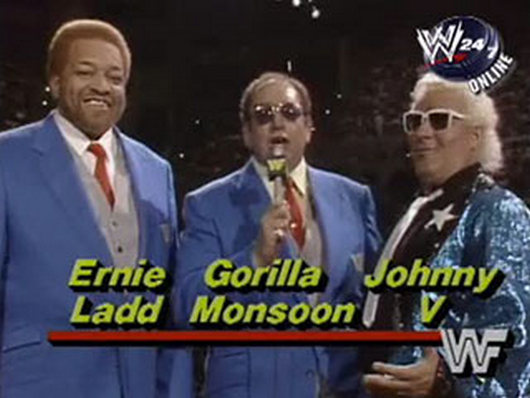 The second show to debut was called WWF Wrestling Challenge which later was named WWF Challenge. It also debuted in September of 1986 and was considered the company’s secondary program or “B” show. Wrestling Challenge was hosted by Gorilla Monsoon and had Ernie ‘The Cat’ Ladd and ‘Luscious’ Johnny Valiant as color commentators. It too served the same purpose as Superstars in that it started new feuds, introduce new wrestlers and hyped upcoming live events.

The two shows would gradually make changes as Bruno Sammartino left the WWF and it became just McMahon and Ventura on Superstars and Ernie Ladd and Johnny Valiant were replaced by Bobby ‘The Brain’ Heenan on Challenge. Both Superstars and Challenge were nationally syndicated shows that had different talk show segments featured on each one. For Superstars, it had ‘Rowdy’ Roddy Piper hosting ‘Piper’s Pit’ while Wrestling Challenge had Jake ‘The Snake’ Roberts hosting ‘The Snake Pit.’ 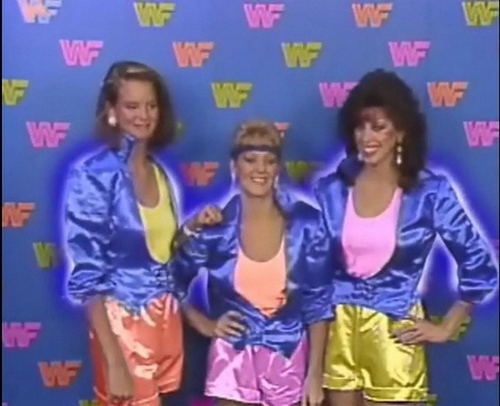 WWF Superstars introduced WWF fans to three women known as ‘The Federettes.’ The Federettes were ring girls /cheerleaders at ringside. They would take the wrestlers robes and other attire whilst they got ready for a match. The Federettes also helped promote merchandise like toys and ice cream bars and even got involved in (albeit brief) some angles too.

Each program had their fair share of storylines, title changes and overall big moments…although it was mainly Superstars that had the most. Superstars gave us The Honkytonk Man beating Ricky ‘The Dragon’ Steamboat for the Intercontinental title, Demolition defeating the Brain Busters for the world tag team titles and Andre the Giant’s heel turn on Hulk Hogan. Wrestling Challenge only had one title change in their history of episodes with Money Incorporated winning the WWF tag team titles from the Natural Disasters. Challenge also had the infamous heel turn of Shawn Michaels in ‘the Barber Shop.’

With the emergence of Monday Night Raw in 1993, both programs became somewhat expendable. As expected with most secondary shows, Challenge was the first program to be cancelled in 1995. WWF Superstars lasted until 2001, but was relegated as a recap show of everything that happened on Raw. Superstars would eventually return to WWE programming in 2009 and lasted until 2016 as a C show to Raw and Smackdown.