This is the 268th installment of the ‘Wrestling with Sin‘ series. A group of stories that delves into the darker, underbelly of pro wrestling. Many of the stories involve such subjects as sex, drugs, greed and in some cases even murder! As with every single story in the Sin series, I do not condone or condemn the alleged participants. We simply retell their stories by researching interviews, newspapers, magazines and various other sources of media.

In June of 1986, it was being reported all over the news, that a former professional wrestler robbed two convenience stores and was shot by police in Florida. The wrestler in question went by the name Haystacks Calhoun. Haystacks was a very popular wrestler who competed in various territories including Mid Atlantic and the WWWF during the 1960’s and 70’s. News outlets were reporting that Haystacks had fallen on hard times, lost a lot of weight and robbed the stores out of desperation.

While Haystacks was lying in a hospital bed in serious condition from his gunshot wound being monitored by the local police….there was another Haystacks Calhoun lying in a bed at a nursing home over 1,200 miles away in Texas. The man from Texas was the actual former wrestler Haystacks Calhoun, who just had his left leg amputated due to complications from Diabetes. When police discovered that the robber they shot was using a false identity…reporters scrambled to talk to the real Haystacks Calhoun.

As for the impostor Haystacks, his real name was Robert Redfield and he had not only convinced police and news reporters that he was the former pro wrestler…but also convinced friends and his girlfriend.

What’s All the Racket?

During a tag team match between The Midnight Express and the Sawyer Brothers (Buzz and Brett)…the Midnight’s manager Jim Cornette was supposed to interfere leading to Buzz Sawyer “hitting” Cornette. After Cornette, interfered when the referee’s back was turned, Buzz legitimately struck the manager in the face breaking his glasses and causing him to have a bloody nose. Knowing of Sawyer’s reckless reputation, Cornette became angry and retaliated.

Cornette used his tennis racket as a weapon and repeatedly hit Buzz with it. After the match, Cornette and the Midnight Express were in their trailer getting changed when Buzz Sawyer came storming in looking to fight Cornette. According to Cornette, that is when Dennis Condrey allegedly reached into his gym bag and pulled out his hand gun. Buzz, realizing the serious nature of the situation, left the trailer.

Current Impact Wrestling Knockout Taya Valkyrie aka Kira Forster remembers her early career down in Mexico. She was often belittled because of her muscular look and blonde hair. She was made fun of for the way she spoke Spanish. She said that most nights, fellow wrestlers would take liberties on her and abuse her physically in the ring.

While she doesn’t mention his name, she says she was involved in a very emotionally abusive relationship as well. All of that combined with the death of her sister and sudden, tragic death of her mentor Perro Aguayo Jr…Taya went into a deep depression and developed an eating disorder. Valkyrie lost a considerable amount of weight and became sickly. It wasn’t until she met her future husband John Hennigan that she started to come out of her depression and overcame her eating disorder. 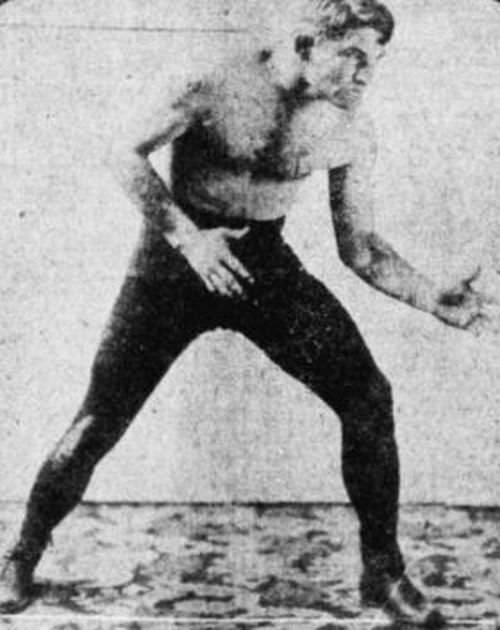 Kirby ‘Sailor’ Watkins was a former member of the United States Navy who turned his Naval wrestling career, into a career as a professional wrestler. His career spanned from the 1930’s to the 1940’s. During the last years of Prohibition, Watkins found himself on the wrong side of the law several times. Kirby Watkins was arrested three times in five weeks…including twice for assault.

He was also arrested for running an illegal gambling operation and also once for hiding a cache of booze inside one of his walls. The last time Watkins was arrested was in 1961, when he was arrested for receiving stolen property as a part of a burglary ring.