He has spent over 40 years involved in some capacity in professional wrestling. He was most notably a referee who worked for both WCW and WWE. Today on the blog, we ask…’Whatever Happened to’ Nick Patrick?

Joe Hamilton Jr was a second generation wrestling personality who was the son of legendary wrestler ‘The Assassin.’ He began his wrestling career on a part time basis in 1980 working matches as a referee for the Central States territory. Hamilton changed his ring name to ‘Nick Patrick’ which was his full middle name to separate himself from his father. Nick Patrick would begin wrestling for several territories including Continental and Mid South.

Patrick injured his knee wrestling and decided to transition to refereeing on a full time basis. He worked exclusively for Georgia Championship Wrestling. According to Patrick, when Vince McMahon purchased the Georgia territory…he offered Patrick a job with the WWF. Patrick said he turned down the offer because he had no desire to work up north in New York. Patrick remained in Georgia and went to work for Ole Anderson when he revived the Georgia territory.

When Jim Crockett Promotions took over Georgia, Nick Patrick went to work as a referee for that group. Over the course of time, Patrick was elevated to senior official. In 1996, it was booker Kevin Sullivan who came up with the idea of turning Nick into a heel referee. Patrick agreed to the idea and eventually joined the New World Order. When the nWo had their own pay per view called ‘Souled Out,’ Patrick officiated every match on the card.

Eventually, Patrick quit the faction and returned to being a by the book official. Nick Patrick would also be well known for one of the biggest botches in WCW history. At Starrcade ’97, Patrick made a fast three count that made it appear that Hollywood Hogan defeated Sting at the company’s biggest show. According to Patrick, he was told to do a faster count and when he tried to locate Eric Bischoff for clarification…he was nowhere to be found.

When WCW was sold to Vince McMahon and the WWF in 2001, Patrick signed on to the company. He was initially used as a referee for the Alliance in the Invasion storyline…but was eventually made into a WWE official after the angle was dropped. He became the senior official for the Smackdown brand and remained with them until 2007. He was reassigned to officiate and help train WWE developmental wrestlers at Florida Championship Wrestling. He was brought back to Smackdown as an official, but a chronic back injury sidelined him for months. He was ultimately released from the company in 2008. 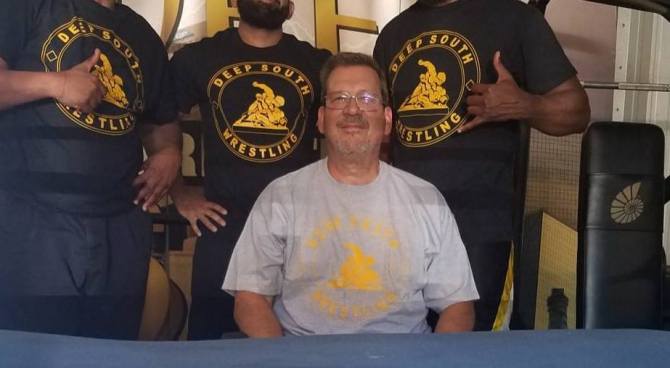 So the question remains…whatever happened to Nick Patrick? Nick has officiated various independent shows and has been involved in several wrestling related projects including helping to run indie groups like Rampage Pro Wrestling and Great Championship Wrestling. He has recently begun to reopen Deep South Wrestling which was run by his father and was once a developmental territory for the WWF/WWE. Nick Patrick resides in a suburb of Georgia.

8 thoughts on “Whatever Happened to Nick Patrick?”