With so much negativity coming from fans on social media pertaining to pro wrestling…why not try something a bit different? What are your personal top five things you love or loved about pro wrestling? Whether it be a particular wrestler, match or things that made you a fan about the business. Just have fun with it.

Even as a child, im talking about 10 month old child inside a playpen..Wrestling mesmerized me . It was the only thing that would hold my attention.  Whether it was WWWF, wrestling from the Olympic in California on Wednesday nights, or any number of feds that could be watch on UHF 68 (man i just showed my age). Wrestling grabbed hold of me and never let go.

Growing up, for the 1st years of my life, i had 1 friend and partner…my brother. 99 percent of our childhood memories revolved around wrestling.  Didn’t matter if it was watching on Saturday and Sunday morning,  staying up to watch Saturday nights main event. Set up fictional cards with our action figures or later on going to event as fans and finally having my brother cheer me as I made it into the ring. Those memories I will hold near and dear until I’m long gone. This week was the 20th anniversary of my brother’s passing. So writing this really hits home. R.I.P Ric

Once I managed to train and cross over into the business.  There was 1 thing that made it worthwhile.  And its the one thing and reason I keep going back. And that is the fans. The are amazing, loud ,opinionated and make the spectacle complete. In the covid era we saw exactly how important fans are to the atmosphere not just of wrestling but any sport. They ,to me are the reason I go out there.

Guys from all aspects and styles impacted me in my fandom and years later in my in ring style.Hulk Hogan was god like to me growing up. He could do no wrong. And in bodyslamming Andre the Giant at Mania 3, showed me ,at the time an impressionable pre teen, that anything is possible.  A lesson that stays with me to this day. Watching guys like Abdullah the butcher, Bruiser Brody and Carlos Colon bleed buckets. Watching El Santo and all the masked marvels in Mexico.  Years later marveling ,watching Homicide, the man responsible for training me , produce 5 star after 5star match with virtually anyone. And what can i say about the influence of ECW. Wrestling really truly has something for everyone.

By far my favorite aspect of wrestling and what truly hooked me. I cant remember exactly when. But the 1st time I saw blood in wrestling was not on television, but on the cover of a 1981 The Wrestler magazine. Seeing a man , facial expression riddled with pain, half his face covered in his blood did something to me that i cant explain.  It actually made me want to be like the men on the covers. Crimson mask wearing warriors, adored my the fans. I would never let go of my love for blood in wrestling.  Hence why in my career i followed the deathmatch style and genre.  From WWC doing the 1st fire match, to Dusty and Tully using barbed wire,  to Abby stabbing everyone with a fork. To Onita and FMW, to Cactus Jack being crowned the 1st king..to Ian and Axl bringing it to America.  To Mad man Pondo’s scissors and stop sign. To CZW..to now GCW and H20 . The names of the aforementioned and names like Tremont, Gage, Mondo, Balls, New Jack, Shlak, Kasai. Takeda, Kobayashi ,Colon, Havoc , Corp, Masada, Cyclope,Miedo, Violento Jack, Eric Ryan, RSP, Claxton, Lloyd, Raver and so many many more. Blood in wrestling is here to stay.. There was a time when the internet didn’t exist and social media was just a wild pipe dream. Wrestling fans had to tune in the next week to see what happened with a certain angle or buy a ticket to a show. Fans really didn’t know when someone from another promotion popped in or a wrestler left for whatever reason. There weren’t things called spoilers. Most fans were generally surprised by stuff that happened. Now don’t get me wrong, I realize that we all must adapt to a changing society…I sometimes do miss the innocence in watching wrestling way back when.

There is something special about a good story in pro wrestling. A reason to watch and a reason to invest your time. Sometimes lately, pro wrestling has drifted a bit away from truly great storytelling. Angles and storylines that keep the fans wanting to see more. A great story like Larry Zbyszko turning on Bruno Sammartino or Magnum TA and Tully Blanchard nearly killing each other over pride. These are just a couple of great stories that got me completely hooked on pro wrestling. 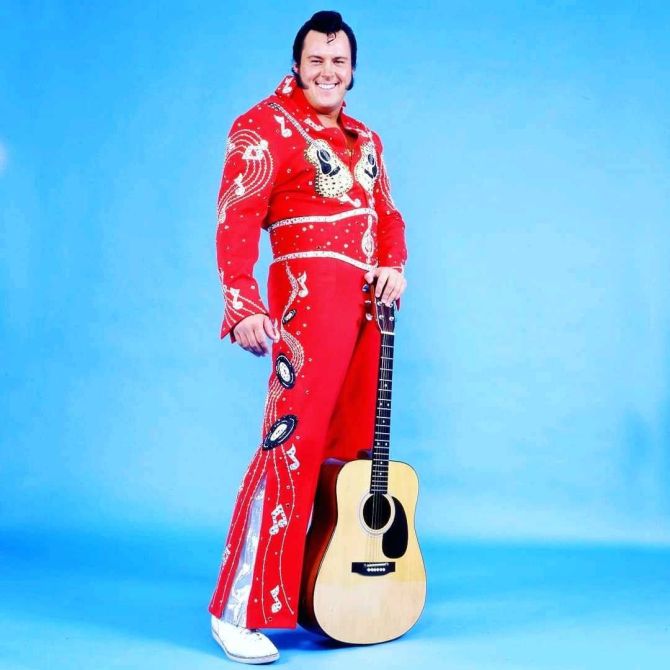 A great thing about wrestling are or were the larger than life characters brought to us each and every week. People we love and people we love to hate. Men and women that you wanted to pay to see get their butt’s kicked. After all, isn’t that what wrestling is all about?

I have to agree 100% with Louie on this selection. This pandemic has shown that wrestling fans are just as much a part of the show as the wrestlers, referees and everybody else involved in a show. They make or break shows and make or break wrestlers themselves. Without them, there is such a huge void.

Now more than ever there are countless wrestling promotions around with different ways to show off pro wrestling’s artform. Whether it is WWE, AEW, Ring of Honor, MLW, Impact, New Japan or some other smaller organization…what I love most about wrestling is if I get tired or bored with one company, I can just go watch another.

5. Merchandise-
Much to the chagrin of my wife about a year ago I began collecting the 80’s LJN WWE figures. Unfortunately I started collecting as prices were getting out of control. However I have always loved wrestling figures, t-shirts, posters etc. It is a way to relive my memories and create new ones (I customize wrestling figures to either create characters that were never made, or favorite outfits worn at certain events.

4. The Territory Days-
As I have said many times, in the late 70’s-mid 80’s if you lived in one territory that was the only wrestling that you got to see. Living in Pennsylvania I got WWE and that was it. The big 3 magazines were my window to the wrestling world, opening up my mind and imagination to wrestlers all over the country. It was always such a fun surprise when one wrestler would change territories especially when guys I had only read about were not in the WWE and on my television. Great memories!!!

3. Living Vicariously Through the characters-
Whether it was being the unstoppable monster heel, or the much loved babyface I think you are hard pressed to find any wrestling fan who has not imagined themselves in those roles, headlining a card somewhere. It is the willful suspension of disbelief, the getting lost in the moment even though you know that it is entertainment, it gives you a chance to leave reality for a couple of hours.  I think for many of us this especially happened during the attitude era. Imagine being able to speak to your boss the way Stone Cold was able to, to beat the crap out of your boss, or being able to pull off some of the antics of DX, AND get paid for it!!!!

2. Surprise Element–
Surprise heel turns, or babyface turns, run-ins, royal rumble entrants etc. The list could go on forever. Wrestling is truly a soap opera in so many ways. Even when I already know what is going to happen, when I have seen the match 2 million times, the surprise factor of hearing someone’s music, or hearing the crowd pop when a run-in happens. Few things can cause so much excitement and happiness.

1. Memories-
My dad got me involved in wrestling and nurtured my love of it. After my parents divorced my step-dad (who was pretty  no nonsense) surprisingly was a fan and filled a void that existed in my life. Between the two of them I have some of the best memories of watching wrestling with them. My grandmother was a huge fan, and we all attended quite a few live events growing up. I lost my grandmother years ago, my dad last year, my step-dad left and never spoke to me again. Yet, I take comfort in all of the memories that we shared watching wrestling, laughing, yelling and just enjoying the moment.

2 thoughts on “Top Five Things We LOVE about Pro Wrestling”