This week we take a look at wrestling factions and select our top five wrestlers who didn’t seem to fit or belong in a certain group and stood out like a sore thumb.

Chemistry is an important thing. Sometimes, as they say, a bad apple can spoil the batch, which is precisely the case with these poorly associated faction members who just simply didn’t fit in.

In the near entirety of the NWO, what did Stevie Ray ever do? He got hit by Sting’s bat 93 times, he received some Diamond Cutters, and I don’t know… picked-up Kevin Nash’s dry cleaning.

The Dungeon of Doom was the home of a yeti/mummy thing, a giant, a leprechaun, some scary Samoans, a guy who laughed way too much, a shark-man, a headhunter, a zodiac(?), and for some reason a very muscular normal guy billed from Chicago, Illinois… which didn’t make much sense.

Steve Austin was really cool as an anti-establishment, booze-heavy, bird-flippin’, antihero. As a member of The Alliance however, Steve Austin was pretty much just a fart in church.

Paul Roma should have been Hulk Hogan’s successor as WWF Champion and Johnny Carson’s replacement on The Tonight Show, and probably should have cured cancer… but instead he was in The Young Stallions and later became the poorly trained monkey-boy in The Four Horsemen. He just wasn’t very good.

So, Sting was the driving force in opposition of the evil NWO… then he decided he liked the color red, started looking really dopey, began pretending he was cool and young, and got really, really boring, really, really fast.

Ezekiel Jackson with The Corre

After the Nexus split up, the core of the group Wade Barrett, Heath Slater and Justin Gabriel started a new faction called The Corre. It made sense…until they added Ezekiel Jackson which really didn’t seem to make much sense or fit in properly.

Magnus with The Main Event Mafia

The Main Event Mafia was such an excellent concept from TNA wrestling, a group of main event wrestlers like Sting, Booker T, Kurt Angle, Scott Steiner and Keven Nash. All former main eventer and all former world champions. Once they reformed this faction and added the likes of Magnus, Samoa Joe and MMA fighter Rampage Jackson…for me it did not click. Samoa Joe I can let slide because of how great he was and a former TNA champion…Magnus/Nick Aldis just didn’t make too much sense at the time. It was obvious that they were trying to give Aldis a big push…but his place wasn’t in this faction at this particular time in his career.

Vince McMahon and The Ministry of Darkness

The Ministry of Darkness in the WWF was led by a Satanic version of The Undertaker and seemed to really work well with its cast of character like Mideon, the Acolytes and Viscera. When they revealed Mr. McMahon as the “Higher Power” and true leader of the faction…it all came apart. McMahon merged his Corporation with the Ministry of Darkness to form the Corporate Ministry and it was as terrible as it sounds. 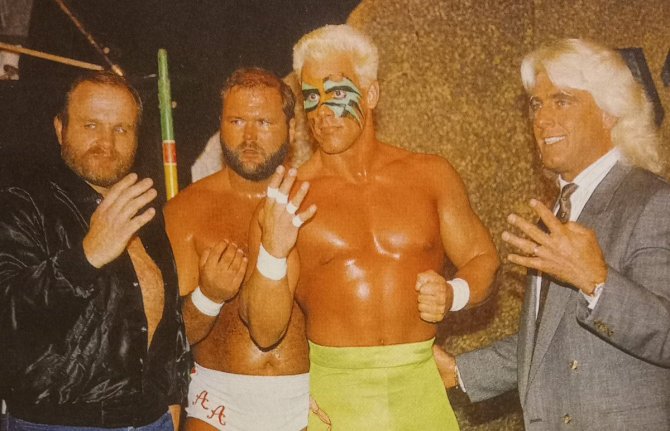 Sting with The Four Horsemen

I so agree with B Dangerous that the Stinger did not fit with the NWO Wolfpac. I can also say that Sting as a member of the Four Horsemen was just as stupid. Especially, when you consider his ongoing battles with Horsemen leader Ric Flair. He was just so out of place with this “elite” faction. 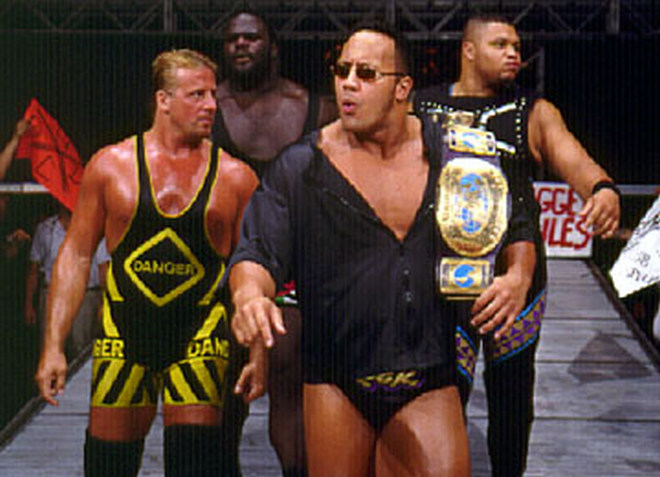 Owen Hart with The Nation of Domination

Aside from the glaringly obvious reasons why Owen did not fit as a member, let alone co leader of the Nation of Domination…it was all wrong. It seemed that WWE creative just wanted to add Owen to a faction…any faction without putting much thought into it. It would’ve been so much better if he was given his own faction to develop instead of being thrown into the Nation.

Zodiac Dungeon of Doom– Oh lord where do we even start here. This whole concept was so poorly conceived, however it belongs on this list because, if done correctly it could have been really cool. Look at the main members, Vader, Meng, the Giant, The Shark, all monsters, all capable of destroying anything in their path. We need another member, guys!!! Hey how about the former Brutus the Barber Beefcake!!!, but, now hear me out, instead of some crazy psychotic guy cutting up everything with his shears, we will make him the zodiac and…ummm NO!!!!! Just stop there.

Tatanka- Million Dollar Corporation.-   This was another tough one, because it came at a time when wrestling characters or factions were probably at their lowest point in terms of ingenuity or creativity. I may be biased because I was never a fan of the Tatanka character, but he just stood out in this faction, and never really fit in. Bundy was a monster, IRS had a tie to Dibaise, and Bundy and Bigelow were monsters and Tatanka was just well, an angry version of a character in which Vince had run out of ideas for.

Horace Hogan N.W.O. – By the time Horace arrived, the N.W.O was really getting watered down to a point where the was no return. However, it still mostly consisted of guys who had already made a name for themselves in one promotion or another, or one promotion or another. Hogan just seemed to fit in like the little brother that your mom made you take with you and your friends when you went to the arcade. You did not want him there but you maybe felt bad so you included him. 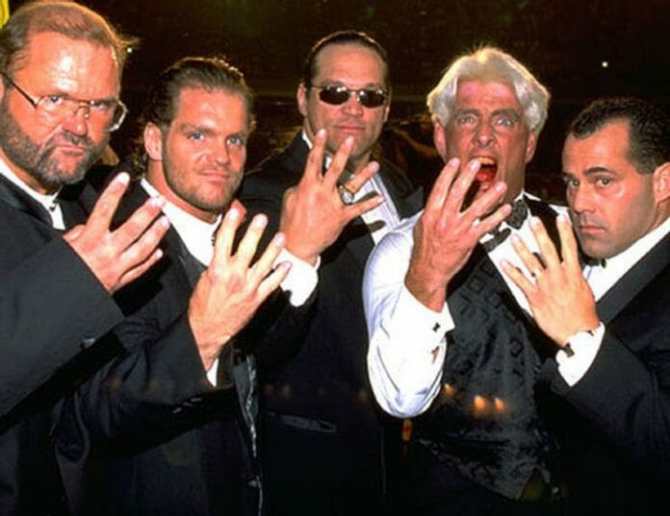 Mongo McMichael– Four Horsemen-  One of two entries on this list for the Horseman, Mongo ranks 2nd only because by this time the Horsemen had already gone through a few changes and only 2 of the original members were still present. Still though, besides Flair and Anderson, you had Benoit who was a badass, and an intimidator. Mongo however, came across more as a  wannabe prospect, not someone who should have been part of arguably the greatest faction ever during the height of the Monday Night Wars.

Paul Roma Four Horsemen–  Wow, this one seems to top a lot of lists. Personally I liked Roma, he had a good look, and was decent in the ring. However, this was the Horsemen, and yes prior to Roma the original four were no longer together and had been replaced many times, Roma was just not a good choice in any way. His character was not as believable as a “styling playboy” or a tough as nails enforcer, or even a good looking up and comer as Lugar had been portrayed as.