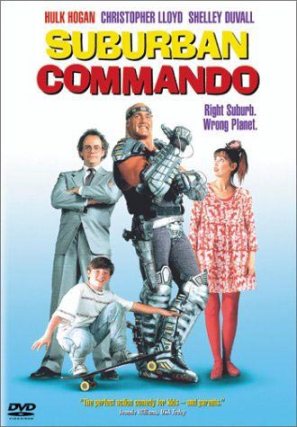 This month we’re celebrating 30 years since Hulk Hogan won his first WWE Championship, and thus introduced the world to Hulk-a-mania. So, I thought I’d join in the festivities by celebrating The Hulkster’s acting career. Previously I’ve endured No Holds Barred, Hogan’s debut as a leading man. This WWE produced film is just as bad, if not worse, than people say. So, it was with some trepidation that I recently sat down to watch his 1991 effort; Suburban Commando. END_OF_DOCUMENT_TOKEN_TO_BE_REPLACED 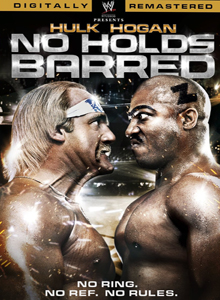 The other night I suddenly felt an urge to watch ‘No Holds Barred’, WWE’s first attempt to make it in the movie business. I, like most people reading this, was fully aware that it is not exactly considered a masterpiece; I just had to satisfy my curiosity and see it for myself.

I’ve known about the film pretty much since it was released, I’ve just never been able to, or gotten round to watching it. My knowledge of the film comes from having seen Summerslam 1989 literally dozens of times, and hearing other people rip the pish out of it. I mention Summerslam ’89 because, in an attempt to promote the film, Hulk Hogan was booked in a tag match opposing his nemesis from the film Zeus (Tom ‘Tiny’ Lister) in the main event. END_OF_DOCUMENT_TOKEN_TO_BE_REPLACED