Throughout the history of pro wrestling bookers and promoters have always tried to come up with new, creative and innovative ideas to generate interest in their product. Some ideas have not only succeeded…but flourished. Others were DOA from the get-go. Then there are those ideas which initially were innovative…but for various reasons….faded away. Those are the focus of this latest series of posts titled ‘Great Ideas That Didn’t Last’. This latest piece focuses in on WCW’s Black Scorpion. END_OF_DOCUMENT_TOKEN_TO_BE_REPLACED

By 1994 the Hulk Hogan character was beginning to wane. To attempt to recapture the golden era, the WCW created ‘The Dungeon of Doom’ as a heel stable as a foil for the Hulkster. Today’s piece takes a look at that stable. END_OF_DOCUMENT_TOKEN_TO_BE_REPLACED 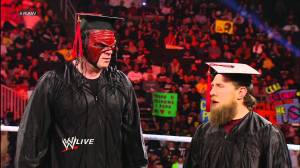 Sometimes the repackaging of a superstar is exactly what the performer needs and helps get them over with the fans. However, there are times when those repackages turn the superstar into a laughing stock and that is the focus in this latest pieces as Brian looks at some of the less than success repackaging of performers. END_OF_DOCUMENT_TOKEN_TO_BE_REPLACED

When you talk about the greatest tag teams of all time…you’d be hard pressed not to mention the Road Warriors in that discussion. Hawk and Animal dominated the tag team ranks consistently wherever they traveled to. They won several regional titles, a Crockett Cup as well as the only team to win the AWA, WCW and WWF tag team belts in pro wrestling history.
END_OF_DOCUMENT_TOKEN_TO_BE_REPLACED 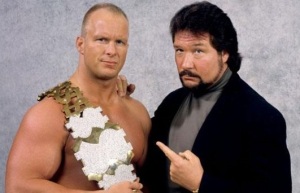 Professional wrestling is a creative business, and ring names are no exception. A good wrestling name has to come from somewhere, and it’s this magical place we shall visit today as we discover the names that were almost handed to some of wrestling’s biggest stars. It’s safe to say that the landscape of professional wrestling might be slightly different today had the following names made it past the drawing board… END_OF_DOCUMENT_TOKEN_TO_BE_REPLACED

This is the second installment of WTF (Wrestling’s Terrible Failures)….this edition will focus on horrible storylines that polluted the pro wrestling airwaves. END_OF_DOCUMENT_TOKEN_TO_BE_REPLACED 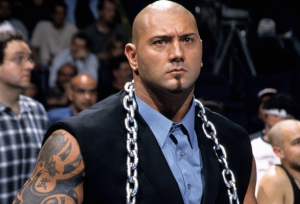 Dave Bautista was recently a guest of Chris Jericho’s Talk Is Jericho podcast and on it, he revealed some startling revelations about his gimmick. According to Bautista, before he debuted as Deacon Batista in 2002, WWE creative proposed a storyline where Batista would be a child conceived out of rape. He was going to be a very angry, hateful character because he didn’t know his father and his mother was a victim of rape. The gimmick was eventually scrapped before he debuted. END_OF_DOCUMENT_TOKEN_TO_BE_REPLACED