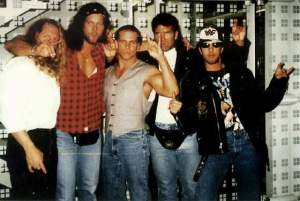 When you talking about the WWF/E today…we see a global juggernaut in the pro wrestling or “sports entertainment” world. Some might be surprised to hear that in the early to mid 1990’s…the company was struggling severely financially and in some cases on the verge of shutting down. The old guard that made the company so successful in the 90’s heyday was either getting old, stale or leaving the company for greener pastures. In 1994, in an attempt to get younger and hipper…Vince McMahon created the “New Generation Era.” 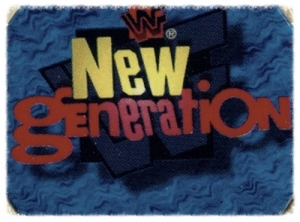 An era where McMahon would give a younger group of wrestlers an opportunity to shine and move up the ladder of success. Out were guys like Hulk Hogan and Randy Savage and in were the likes of Bret Hart and Shawn Michaels. With business not as strong as it once was…the new generation of wrestlers sought after friends and people they trusted to make money in the ring. Everybody was looking out for themselves instead of just what was best for the company.

Bret Hart wanted to work mainly with his family members like Owen Hart, Jim Neidhart and the British Bulldog……the Undertaker had his group of friends known as the “Bone Street Krew” (B.S.K.) which consisted of guys like Yokozuna and Charles Wright…and lastly…there was perhaps the strongest and certainly the most outspoken group led by Shawn Michaels…and this is where our story truly begins…

They were collectively dubbed by Lex Luger as the “Clique” or “Kliq.” Together they grew in power and in many cases wreaked havoc amongst the WWF’s landscape. 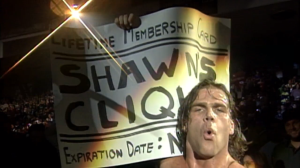 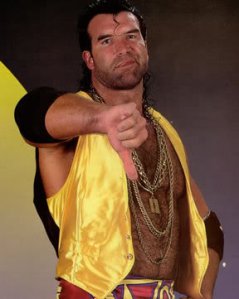 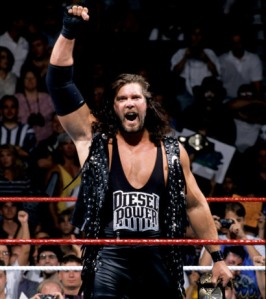 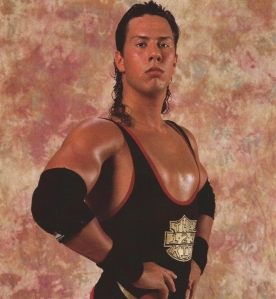 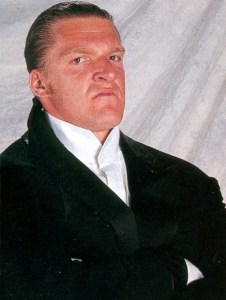 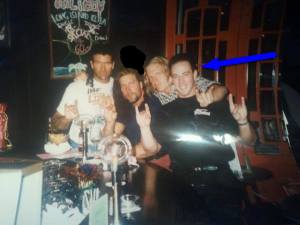 Peter is rarely mentioned as a member of the Kliq and that was mostly by design. According to the group, Polanco was just starting out and barely a mid carder…so they kept his allegiance under wraps so just in case of heat brought onto the group…Peter was sheltered from getting punished. 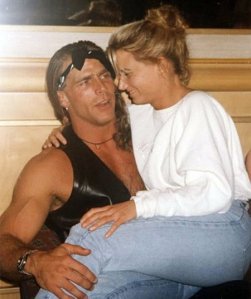 Tammy Sytch was not actually a member of the Kliq but she was known as the “Kliq Chick.” She had a relationship with Shawn Michaels and because of that…was protected by the group….for awhile.

So how did this group get together? What led to the friendships and their rise to power? It all started with a friendship between Scott Hall and a rookie named Shawn Michaels in the Central States territory and the AWA. 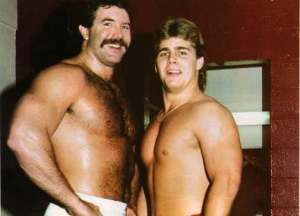 When HBK was paired up with Diesel…a friendship was formed and he was added to the group. The same happened when Hall worked a program with the 123 Kid and he was added. Soon Triple H came in and the rest is wrestling history. The belief with the Kliq was there was strength in numbers and as long as they didn’t back stab one another…they could dominate the WWF with their talent and charismatic personalities. 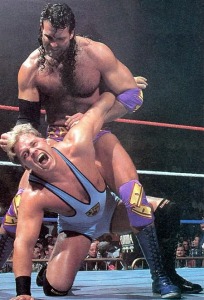 To get to the top and remain there…it was imperative to the friends to not only stay close and strong but work well with each other. That was the easy part…the harder part was convincing Vince McMahon of certain wrestlers they were willing and unwilling to work with.

If a match didn’t go as planned or was weak…the Kliq immediately put blame on the opponents they were against rather than themselves. Dean Douglas was a casualty of that and was put on the Kliq’s list. During his debut match on Superstars….123 Kid was his opponent. The Kid wasn’t happy with the quality of the match and afterwards went to the back and said to management…’Dean doesn’t have it.’

Soon after…the Kliq refused to work matches with Dean Douglas. When Dean was scheduled to win the Intercontinental title from Shawn Michaels…Shawn refused to job to Dean. In a rage, Dean threatened to beat the crap out of Michaels if he didn’t. So, Michaels agreed to forfeit the IC title…but the only caveat to that was…Kliq member Razor Ramon would get the title from him. The much tougher, stronger Razor got the belt only minutes after Dean was handed the title. 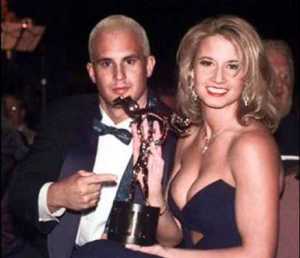 Chris Candido aka Skip was another victim of the Kliq’s ruthless behavior. He was targeted more because of his relationship with the Kliq Chick…Sunny. The two were high school sweethearts and were very much in love. That is until Shawn Michaels came into the picture and wanted Sunny for himself. Candido was pushed down the card and verbally abused behind the scenes. The Kliq’s motives were to devalue Chris as much as possible to get him fired or have him quit.

As miserable as Chris was in the WWF with his career stalled and his girlfriend with the enemy….to his credit…Candido stuck it through. Bam Bam Bigelow would come to Candido’s defense and speak up against the Kliq..but then he too became a marked man. 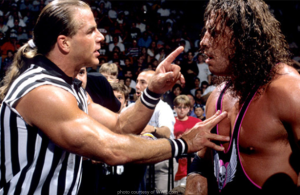 The history of hate between Bret Hart and Shawn Michaels has been well documented. According to both men…they were initially friends and had a mutual respect for one another. Creative and personal differences caused a serious rift between the two…but something else may have been the spark that lit the fuse… 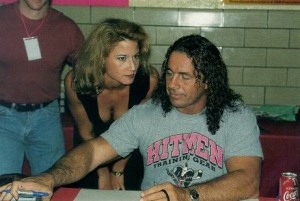 Depending who you believe, there were accusations that Bret and Sunny were carrying on an affair behind the scenes. An accusation denied by both Bret and Sunny…but believed by Shawn.  Sunny insists that they were just really good friends…but nothing more. It was perhaps Shawn’s jealousy that began their epic feud both on and off screen.

Eventually, Shawn and Sunny split up and Sunny would soon become a victim of the Kliq’s antics herself. The 123 Kid allegedly defecated in some of her food and watched her eat it. Afterwards, 123 Kid allegedly asked her…’How was your poo poo platter?’ It certainly wasn’t the first or last time the Kliq would crap on a particular wrestler or commentator. 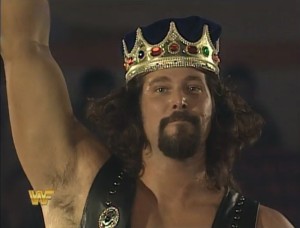 Rumor has it, the Kliq would repeatedly take a dump inside the crown of one Jerry ‘The King’ Lawler to mess with him. It got so out of hand that a memo had to be posted backstage NOT to crap in Lawler’s crown. Vader also always believed his WWF run was not that successful due to the Kliq refusing to do business with him. Many say that the Kliq only worked well with either people they truly trusted or people who were no serious threat to their statuses. 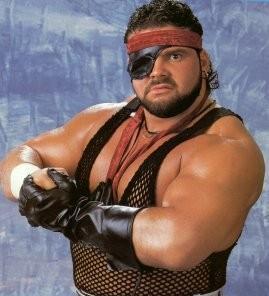 Carl Ouellet was fired from the company because he refused to put over Diesel over in his hometown of Montreal. Allegedly, Ouellet was originally scheduled to win the match but Kliq politics changed the ending. Ouellet  refused to do business and was subsequently released soon after. 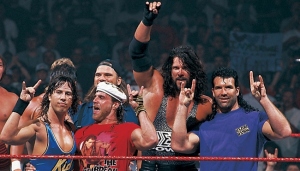 The Kliq also attempted to hold the WWF hostage by collectively refusing to show up for a show in Indianapolis. Their reasoning was simple, they didn’t like the wrestlers they were scheduled against and refused to work that night until holding a meeting with Vince McMahon. Vince had to fly from Connecticut to their hotel in Columbus, Ohio and convince them to wrestle in Indiana. 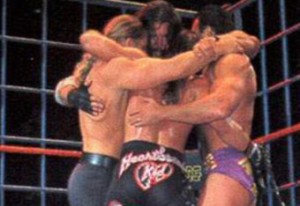 The Kliq’s collective last big middle finger to the WWF’s establishment occurred in New York City’s Madison Square Garden and the now infamous “Curtain Call” where members of the Kliq (Both heels and faces) embraced each other in the ring for a last goodbye. This was a big no no at the time because it broke kayfabe. By this time, Scott Hall and Kevin Nash were headed to WCW. Since Hall and Nash were gone and Shawn Michaels was a headliner…it was Triple H who had to be severely punished.

Of course…his punishment led to the rise of Stone Cold Steve Austin (Who took his spot in the company) and the Kliq would branch out to both WWF and WCW with the nWo and Degeneration X respectively.  Those are other stories for another time… 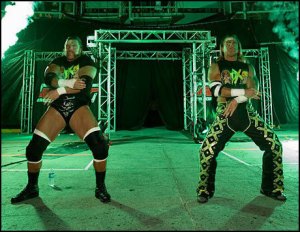 5 thoughts on “The New Generation: When The Kliq Ruled Wrestling”