It’s Saturday so time for the latest instalment of ’This Week in Wrestling’. Today, in part 33, Craig talks about NXT TakeOver: Brooklyn III while Brian shares all the best viral content he’s stumbled upon this week.

Tonight, the WWE hosts the 17th instalment of its hugely popular, and successful, NT TakeOver series with ‘Brooklyn III’ at the Barclays Center.

On paper, for me, this is one of the strongest TakeOvers for a long time with a stellar line-up – although, if I am being slightly negative, it does show some weaknesses in terms of the depth of talent on NXT. But let’s come back to that.

Starting at the bottom of the card, as per above, we have Johnny Gargano, complete with his new pop-punk theme, taking on Andrade Almas, along with his new manager Zelina Vega – the fiancé of Austin Aries. Almas has very much become the guy that helps elevate talent. With Tomaso Ciampa on the shelf, Gargano needs to be kept busy but also winning matches. It’s difficult to think of anyone better suited to this role than Almas. A shame as he’s a talented act but let’s not expect a win here unless, that is, Ciampo costs his former partner the win. Though, from a viewer perspective, according to Dave Meltzer and his review of the pair’s bouts on the house show circuit, this could be a surprise standout.

In SAnitY challenging Authors of Pain for the tag titles, we have the best that NXT has to offer from its tag team division – although a few tag teams are bubbling under the surface. I don’t see SAnitY winning the tag titles and expect Akam and Rezar to retain with Eric Young and co making their way onto the main roster. Couple of issues here, however. SAnitY haven’t really gotten that over on NXT so not convinced they’ll get over on the main roster. But more worryingly for NXT, there isn’t an obvious tag team on NXT set to take the step up to challenging, just yet, for those tag straps. Bit of pressure on the creative team there. Should end, though, with a big brawl so that’ll be entertaining enough for those there and us watching at home.

The women’s title match should also be pretty good. Now that Asuka has crashed through the 500 days as NXT women’s champion, is it time that she now loses that? Or will she not lose that title at all? Most seem to fall into the former category whilst I actually think Ember Moon is the woman to dethrone Asuka and start a new era for the NXT women’s division. Their last match didn’t quite click but still think these two, if on form, can easily throw together a very good match.

For me, Aleister Black is one of the hottest acts on the NXT roster. He’s been booked solidly since he arrived and shows no sign of letting up. The hard-hitting Dutchman has a rocket strapped to his back and once Hideo Itami is dispatched, you have to wonder where is next for him. With rumours suggesting that he will have the musical performance for his entrance, it does make you wonder just how bright the WWE see his future being. For me, the only way is up but Black strikes me as the sort of NXT talent who will bypass a reign with the title before making his way to the main roster.

Finally, the stellar main event. The booking of both Bobby Roode and Drew McIntrye has been excellent. None have lost matches and look unstoppable as they head to Brooklyn. I believe this could be the end of Roode’s glorious time as NXT Champion. It makes sense for Roode to make the jump up to the main roster, having dominated NXT and been an excellent champion. With his main event look and pedigree, he will be an excellent addition for either the red or the blue team.

Overall: This show is shaping up to be excellent. We should get some stellar matches, a couple of title changes and the potential of a couple of performers marking their final NXT appearances at the show.

On paper, for me, this is one of the strongest

Note to the Rock: Please shave! Feeling a lot older seeing this…

Here is the very short list of wrestlers that actually defeated Hulk Hogan cleanly in his illustrious career.

This blow up “love” doll is a legitimate item. The pic looks like it could either be the Big Show or Bastion Booger…

A cool pic of Shinsuke Nakamura saying goodbye to his mother before he leaves for a career with the WWE. 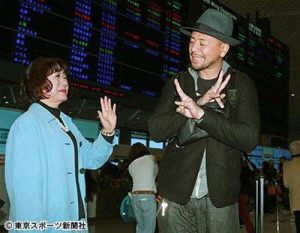 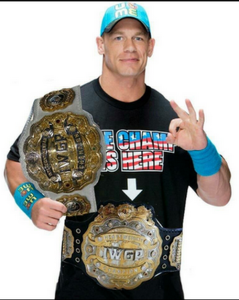 This Snickers bar knows what’s up…

Considering what we now know about Xavier Woods, Triple H better keep a close eye on this situation. 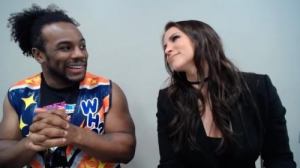 Another impressive sell for Braun Strowman

Bruno Sammartino’s hometown of Pizzoferrato, Italy honored the WWE Hall of Famer with a statue!

Last Week on the Blog

In last week’s Sunday Sermon we looked gave our thoughts to predicting WrestleMania 34; on Monday we had part 32 of ‘Meanwhile, in WCW‘; on Tuesday we looked back at Owen Hart’s ‘Black Hart’ gimmick; Wednesday’s piece looked back at Shane Douglas’ original WWE run; on Thursday we had part 20 of ‘Styles Clash: Clash of the Champions Revisited‘; and we rounded off the week by asking who is the real world champion.

Next Week on the Blog

Tomorrow we preview and predict SummerSlam; we have the next ‘History of the Intercontinental Title’ and more.